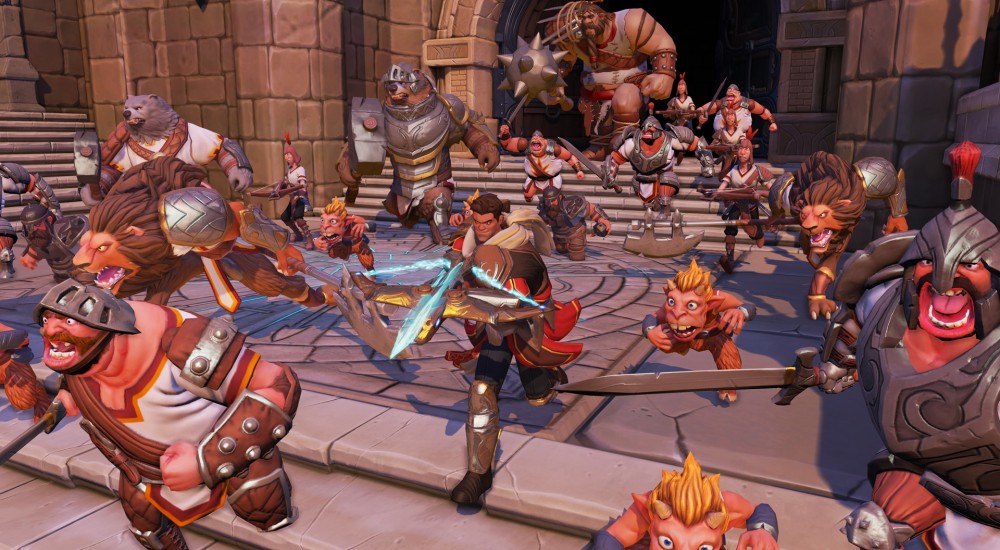 Question time. Do you loathe members of the Orcish persuasion? Do you own a Playstation 4? Do you only speak in declarative statements? If you answered "yes," to all of these questions, you may proceed to rejoice. Orcs Must Die! Unchained is headed to the PS4 for all of your green-skin dismemberment needs. The multiplayer series originally made its home on the Xbox 360, and now it appears it has arrived in the new generation on Sony's team.

Check out the PS4 reveal trailer.

I wonder what genre of music that fits into. It's almost like a medieval version of the theme from "Cribs."

Unchained features your standard Orcs Must Die! tower defense gameplay with a few MOBA elements added in, such as creeps. While it's still in closed beta, developer Robot Entertainment has been eager to throw out patch notes on the reg, including the announcement of an all co-op mode.