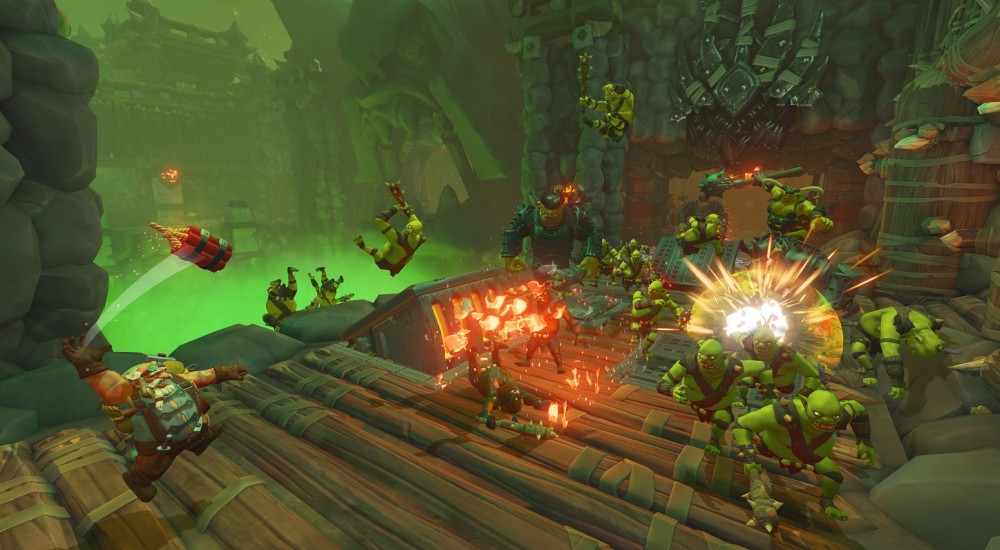 Be it through books, games, or movies, the fantasy genre of late has started to take a closer look at mankind's greatest foe: the orc.  Stances have begun to soften, their portrayals as heartless monsters have been replaced with those presenting them as savage, yet honorable creatures, and certainly not created to oppose the forces of good.  The Orcs Must Die! franchise (including Orcs Must Die! Unchained) brings us back to the days of yore, when orcs were evil and needed to be slain.  That was that.

Their latest entry just underwent a few changes via Patch 2.4, including some additional content for us co-op fiends.  A brand new hero named Oziel has joined the ranks of the greenskin slayers, and with him comes the ability to steal the very life essence of his tusked assailants.  Unlike traditional "lifesteal" characters, Oziel instead channels this life force into his mana pool, which subsequently affects his active abilities.  Check him out in action here:

Also of note is the Unchained Fortress, which is now inhabitable by you and four allies in the game's co-operative "Endless Mode".  Not only that, but developer Robot Entertainment reintroduced a particularly popular feature of their franchise - physics traps.  You and your pals can now spend hours exploring your new digs and figuring out ways to "Rube Golberg" any trespassers into the afterlife.  Those and a few other new features are covered in the video below:

Orcs Must Die! Unchained is currently in closed beta, which you can apply for through their site.  There's no word regarding a release date just yet, though it will eventually see full release on both PC and PlayStation 4.