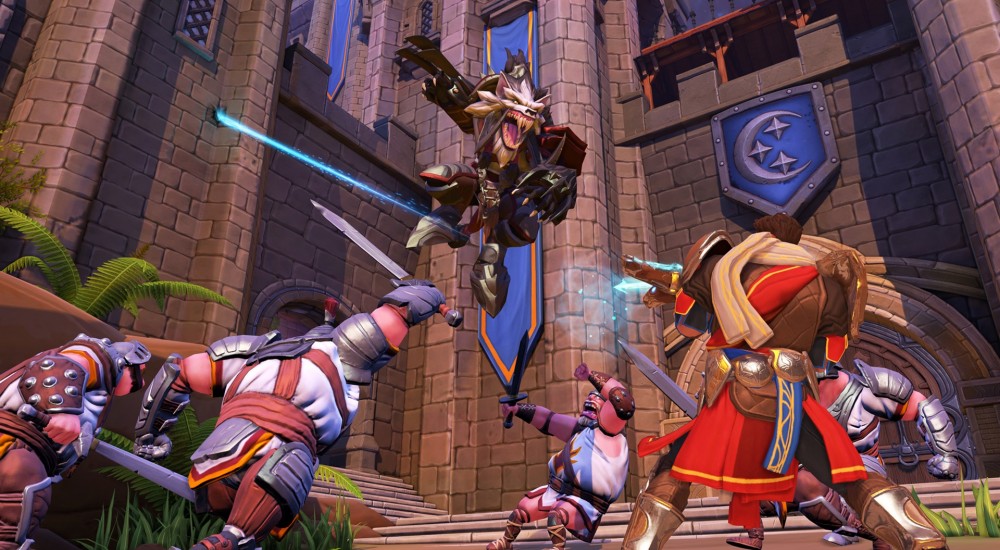 While the next Orcs Must Die! game, Unchained, is still in a closed beta, developer Robot Entertainment has been putting out the patch notes for it for the world to see. In the latest notes, it's become clear that the game, which is more MOBA style than the previous entries, will have a strictly co-op/PvE setting.

If you're not familiar with the Orcs Must Die! series, players engage in a little tower defense/action gameplay as you defend a certain point against waves of orcs. Orcs Must Die! Unchained still has that same underlying principle, but goes a bit further in adding team vs team mechanics with an array of characters from which to choose and some mobs, or creeps, to help each team make their push into enemy territory. While it was initially believed the game would just be PvP only, the recent patch notes make it clear that some form of co-op is to be had.

Players will now be offered a wide range of experiences in co-op with significant improvements to AI difficulty. AI difficulty now comes in four flavors: Easy, Normal, Hard, and Nightmare. All players start with “Easy” and must win a game at their current level to unlock the next AI difficulty. Options in co-op matchmaking now allow the selection of a specific difficulty for AI as well if players feel like more or less of a challenge.

Improvements to AI difficulty along with updates to the matchmaking system offer more challenges and a better experience for closed beta players looking to hone their skills in a PvE setting before facing off against other players.

Though it is a closed beta, players can toss their name into the hat on the Orcs Must Die! website and hope to get into the beta now.