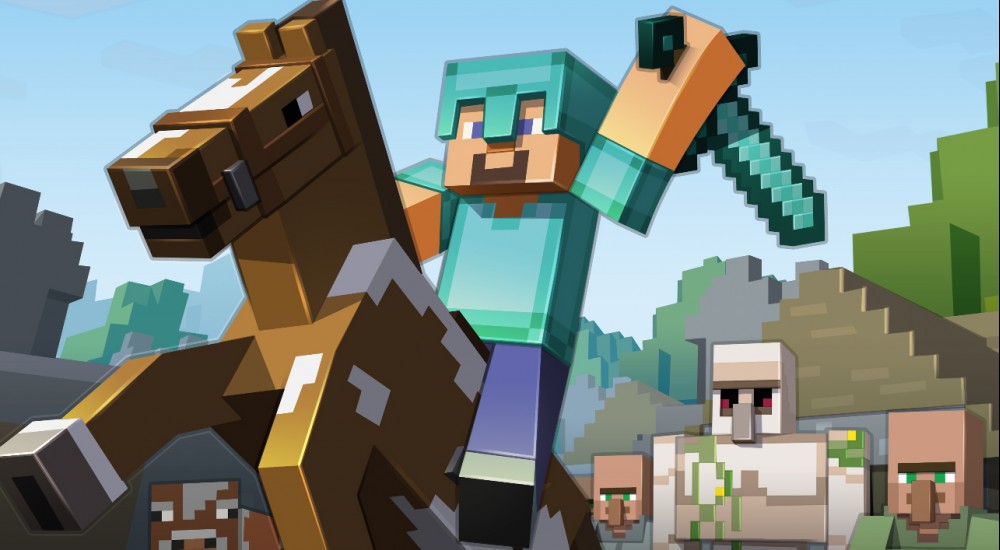 A longtime request by fans of the console versions of Minecraft has now been granted by 4J Studios! The Xbox One and Xbox 360 Editions’ Update 7 (or 1.6.4 to be exact) was recently released, letting users finally have the opportunity to ride personal horses!

Unlike the saddles that could only be placed on certain wildlife, like pigs, these allow you to don a horse and ride away at quite faster speeds. Horses seem to be able to wear various colored clothing and come in a wide variety of patterns. Additionally, they are able to kick high into the air and even jump over various structures, such as fences! Horses aren’t the only think added in this update, however. A whole new tutorial has been introduced that replaces the old tutorial. This one has more mini-tutorials within it, if you’d like to only use a couple for specific aspects of the game. Furthermore, a whole assortment of new items and features are now introduced. Some examples include: new colors for clay blocks have been added, now you can build with colors other than wool blocks, created beacons that give players a nice way to seek out waypoints without the map, and hoppers/droppers for players to easily drop items out of their inventory into a shoot that is connected to a storage box. Here’s a full list of the changes for your reference:

- Added new terrain generation features - Witch Huts.
- Replaced the Tutorial World with a new world containing some new mini-tutorials for the new functionality.
- Added Beacon interface.
- Added Horse interface.
- Added Hopper interface.
- Added Fireworks - Fireworks interface is accessible from the Crafting Table when you have the ingredients to craft a Firework Star or Firework Rocket.
- Added 'Adventure Mode' - You can only break blocks with the correct tools.
- Added lots of new sounds.
- Mobs, items and projectiles can now pass through portals.
- Repeaters can now be locked by powering their sides with another Repeater.
- Zombies and Skeletons can now spawn with different weapons and armor.
- New death messages.
- Name mobs with a Name Tag, and rename containers to change the title when the menu is open.
- Bonemeal no longer instantly grows everything to full size, and instead randomly grows in stages.
- A Redstone signal describing the contents of Chests, Brewing Stands, Dispensers and Jukeboxes can be detected by placing a Redstone Comparator directly against them.
- Dispensers can face in any direction.
- Eating a Golden Apple gives the player extra "absorption" health for a short period.
- The longer you remain in an area the harder the monsters that spawn in that area will be.
- New Game and Host options (Daylight Cycle, Keep Inventory, Mob options, Tile drop and a Regeneration option)

At the moment, only the Xbox Editions will be receiving this update. PlayStation users will have to wait until their versions pass through QA testing and certification.