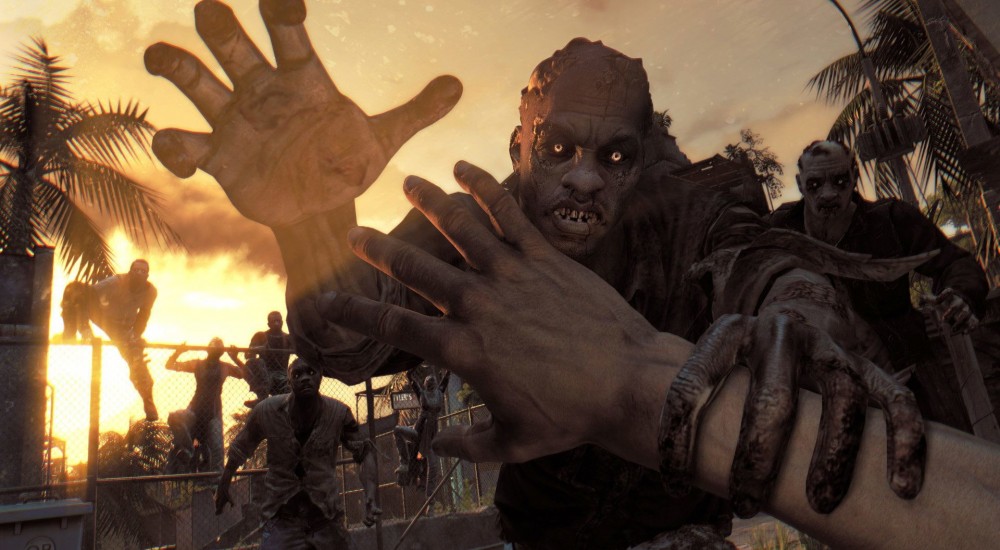 Techland is certainly well versed in the zombie apocalypse, and before you write off Dying Light as ‘just another zombie game’ wait until you are finished with this dissertation. A blend of parkour, combat, and open world survival, there is an elegance to this game cocktail. Taking away the power fantasy and integrating locomotion as a priority, the sense of urgency becomes paramount in humanity’s fight for survival over the undead.

I was ready for the whole zombie thing to be done, but after tasting Dying Light I think I can sit down for another fleshy meal. Techland has learned quite since Dead Island. The balance of open world, rpg, and action is a delicate one at that and Dying Light adds even more to the recipe with a slick freerun system. Playing as a special operative, I was air-dropped into the city of Harran. A spectacle of the middle east, and a fully realized metropolis built together by different districts. The mission is simple; find a rogue agent and deal with them, however things don’t always go according to plan and I was rescued by some survivors and taken to their home called “The Tower”. It was now up to me to earn their trust, while secretly keeping in contact with my original higher ups at the Global Relief Effort. .

The city of Harran is immense, beautiful, and full of tons of things which can and will kill you. From zombies to traps, bandits to explosions, Harran has been crafted as a masochistic playground. Unlike most zombie games, Dying Light is trying to do something different with the parkour system. I was constantly reminded by NPCs to avoid the streets and keep to the rooftops so as to become zombie chow. The movement feels awesome and virtually everything can be mounted, climbed on, and vaulted from, giving the player the freedom to traverse the city like a gazelle. The tradeoff for this movement is that the character is not as well versed in combat. Over the course of the game this will change but it is nice to see Dying Light go in a different direction than ‘kill everything in sight’. This doesn’t mean you won’t have to crack a couple skulls on your travels but going over and around is usually advisable over through the fray. When I did decide to engage in fisticuffs, I had a plethora of tricks up my sleeve. Melee combat is the bread and butter of your arsenal, as I was swinging any object I could find that I could pick up. Harran is full of environmental hazards which can be used to destroy the rotting corpses shambling throughout the city. Spikes, electrical surges, and oil spills are among the few things at your disposal.

One of the hooks of Dying Light are the Volatiles; infected which are stronger, faster, and may have some extra growths resulting in a special power or two. Volatiles come in all shapes and sizes and do not react the same way as your typical shambling zombie. Often these special friends come out at night, but also can be attracted to loud noises. There again lies the balance; do you take out a large pack of infected with a car bomb trap, knowing it may attract a volatile, or do you slice and dice your way through the pack hoping you can survive without making any noise? The Tower acts as your hub where you will find an enclave of survivors who offer supplies, weapons, and missions. Storyline missions focus on your main objective of keeping a low profile while trying to find the rogue agent whereas side missions help you gain the trust of t, he other people. One encounter had me tracking down a drug dealer who was dealing bad, junk and teaching him and his goons a lesson. Dying Light is still a video game, so I was rewarded with a nice uncommon pipe wrench and a handful of experience.

Weapons have rarity, durability, and can be upgraded by finding blueprints. I quickly turned my new pipe wrench into an electric wrench with some duct tape and wires I found during my outing to the drugstore. Crafting is simple, find the blueprints and you can make the item as long as you have the required materials to make it. Old weapons can be broken down into materials to repair new weapons and the cycle of life continues. Blueprints scattered throughout Harran will also add special items to your arsenal like firecrackers, throwing stars, and medkits. Everything needs to be crafted so it is worth taking your time and using your ‘survivor sense’ (read: sonar ping) to find resources hidden throughout buildings. Because light is the limited resource in the city, missions will sometimes lead you too far away from the Tower to return in the same day. To avoid a cuddle party with the Volatile who come out at night, safehouses across the map can be unlocked where you can spend the night in safety. It is an interesting mechanic and rewards players for exploring, taking risks, and experiencing everything the environment has to offer. Throughout the map random encounters with survivors will appear where you can make a decision to keep to yourself, or help them and in return you may receive some much needed goods.

On top of all these systems is the three skill trees which govern the levelling of your character. Survival, Agility, and Combat come with their own branching trees which allow you to customize how your character grows. Experience is gained adaptively, based on what you do in the world. Crafting and scavenging add to the Survival tree, parkour grants agility XP, and fighting gives you combat xp. Each level gained gives a skill point which can only be used in the tree where it was earned. It is an interesting method to dish out experience, where a combat heavy player should feel different than someone who has spent the game climbing rooftops. Dying Light has a ton going on, and the risk of doing this is always having more to screw up. That being said, everything feels natural in the game and the world is one I really want to explore. Of course, the co-op mode was locked out of this build so imagine everything above with friends. I also didn’t get any time with the ‘become the zombie’ adversarial mode so look forward to this in the full review. Again, I thought I was done with zombies but Dying Light rekindled something and I would highly suggest getting ready for the night because it is going to be a dark one.