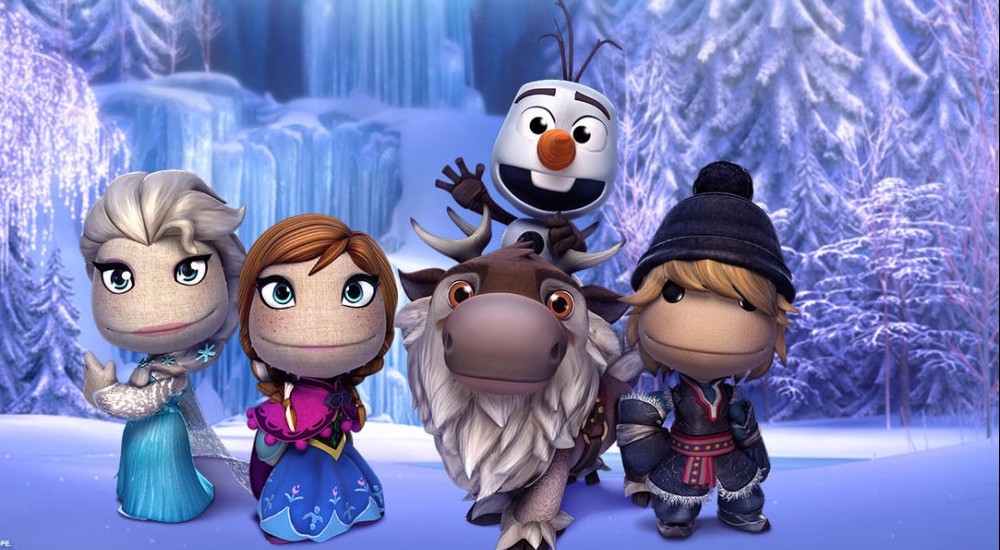 Just when you finally get that song out of your head, something related to Frozen pops up. This time, it's new DLC for LittleBigPlanet 3. Now, players who purchase the Frozen DLC can dress up their Sackboys, Oddsocks, and Toggles as characters from Disney's animated hit.

As expected with this sort of DLC, players can either buy individual costumes (outfits for Elsa, Anna, Kristoff, Sven, Marshmallow, and Medicine Man) for $1.99. For fans who want all the costumes, however, a complete Frozen Costume Pack is offered for $5.99. The pack includes all the aforementioned character costumes, plus a bonus Olaf costume which is unavailable for separate purchase.

For players looking for free DLC, the Winter Creator Kit DLC Pack is also out now. This free DLC will give players the option of filling their Popit with winter-themed decorations such as snowmen (ahah!) and robins.

LittleBigPlanet 3 supports 4-player local, online, and combo co-op for the PS3 and PS4.