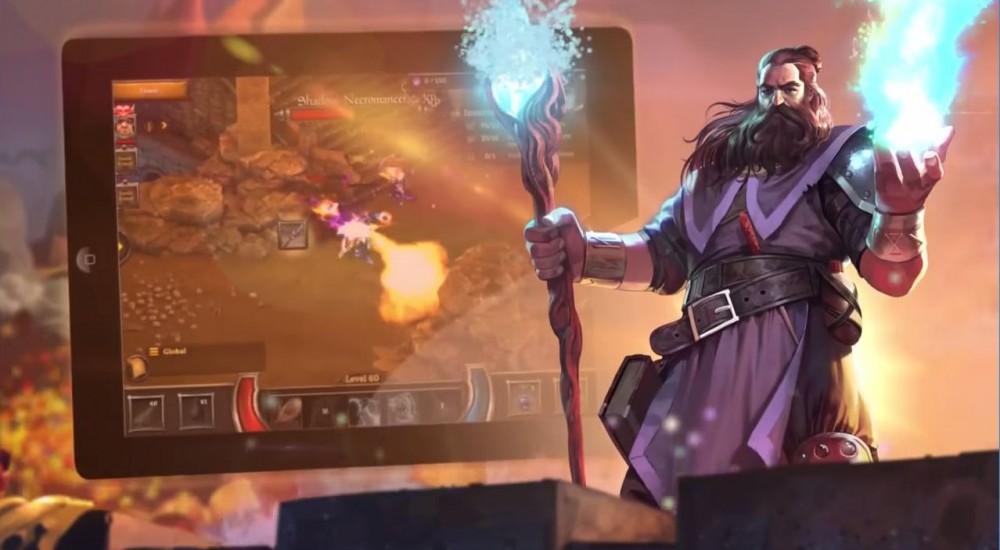 KingsRoad was one of the first free to play games that truly impressed me. The Diablo like Action RPG managed to deliver a compelling, replayable game that didn't lock a ton of content behind paywalls. Almost two years later the game is still going strong with over 100 available maps, three character classes, and thousands of legendary items. Now the game is out on iOS.

The iOS version is once again free to play. There's also cross platform play, so you can co-op with friends on either PC or iPAD. Your character is saved to the Rumble servers, meaning you can play the same character on either platform as well. In fact, other than the interface changes, the two games are completely identical.

KingsRoad features three player co-op with drop-in and drop-out play. There's also built in match making if you're lonely or need some help killing those big bosses. If you download the iOS version you'll get a mobile starter pack for free which contains 3,500 free gems.