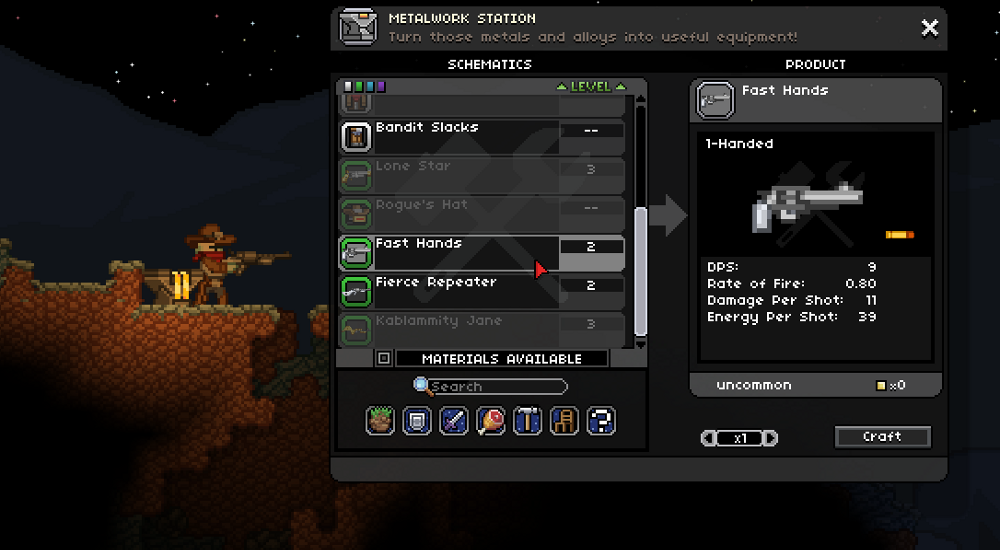 Remember that Starbound winter update that was teased back in December? Well, it's finally out in the stable build, and it's a big one. So many things have been tweaked and overhauled in Upbeat Giraffe, it's like playing a brand new game. Er, kinda.

The last stable update for Starbound was in March 2014, which seems like forever ago. It was worth the wait, though, as now combat isn't lame, space travel is better, matter manipulators aren't useless, and there's plenty of new tech, items, weapons and armors to hunt down and make. So many that a bullet point list of the highlights is the best way to display them:

Less reading about Starbound and more playing it! It's recommended to start a new character to take full advantage of the new features. You'll want to, anyway, since the Novakids are awesome glowing space cowboys with no faces.