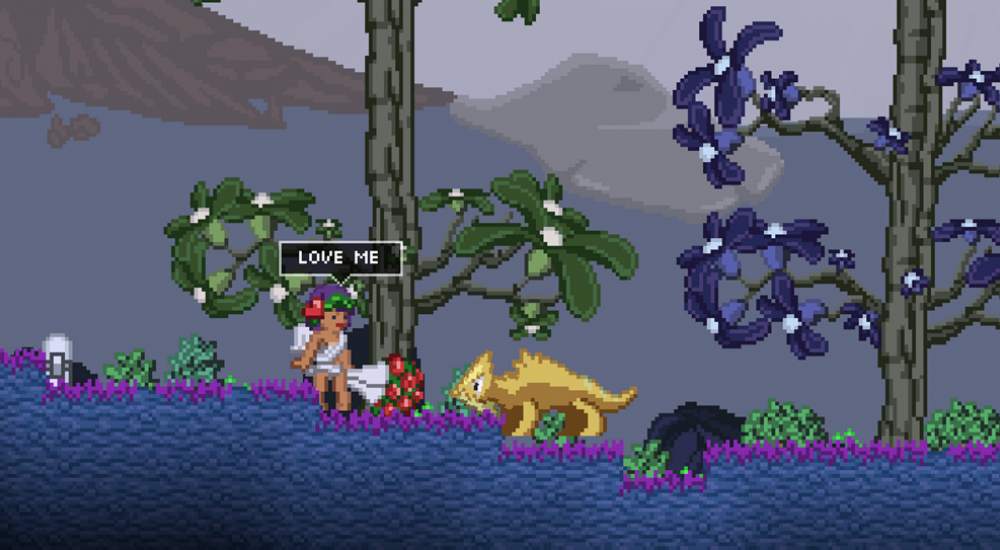 Well it's about time! A seemingly simple feature Starbound players have been calling for since day one is the ability to bookmark discovered planets for easy travel. At long last, storing the cool worlds you found is as simple as clicking "add bookmark"!

Another big new addition to the Starbound universe are teleporters. Previously, players could hop from ship to surface at the press of a button, but that's about all Scotty could do in terms of beaming. Now we can place and register teleporters on planets, jumping between locations or even transporting to other players. Building a teleporter requires cores, which can be found on-world. The tradeoff for all of this is we lose the ability to save/quit to sneak back to the ship. When you exit, you appear where you left off.

Oh, that's right, there is just one more cool new thing: pets! Player ships are now inhabited by non-combat pets, one for each race. You can feed them, buy them presents, and watch them be all cute. That's about it, but what more do you want? They're friggin' adorable.