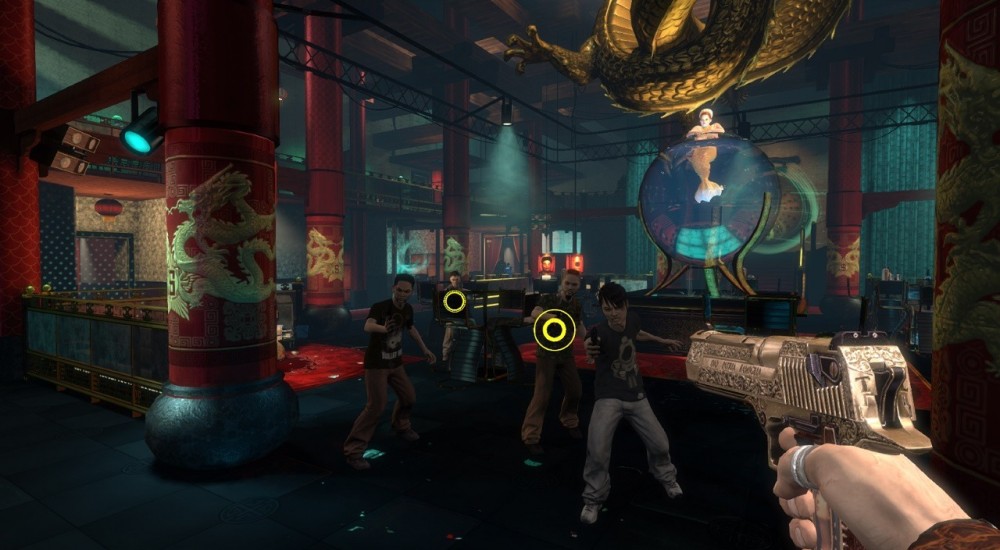 Did you and a buddy enjoy playing Blue Estate on your fancy new PS4, but wish you had other venues to experience the rail shooter on? Finally, some good news. The comic-to-video-game adaptation (referred to as "Victor Kalvachev's Blue Estate" by fans of the source material) is landing on the Xbox One this February 18th. Steam and PS3 editions will be following suit at a later date.

The PS4 version crashed into the platform last June, almost a year ahead of the other versions and utilized the Dual Shock 4's internal gyroscope to help your tattoo'd up gangster aim and shoot. Not to be undone by their Sony counterpart, the Xbox One's version makes use of the Kinect to take your shooting into overdrive. Our buddy in the trailer is surprisingly out of sync with the game on his TV, so hopefully it'll end up at least controlling a little better than that. And who knows! Maybe a swipe of your hand will push that Emo flop of black hair back atop your main character's head where it belongs.

Maybe a rail shooter is the thing to inject some life into that long ostracized Kinect. Didn't people like that Fable game that Mr. Molyneux was reppin' so hard before he left Lion Head?