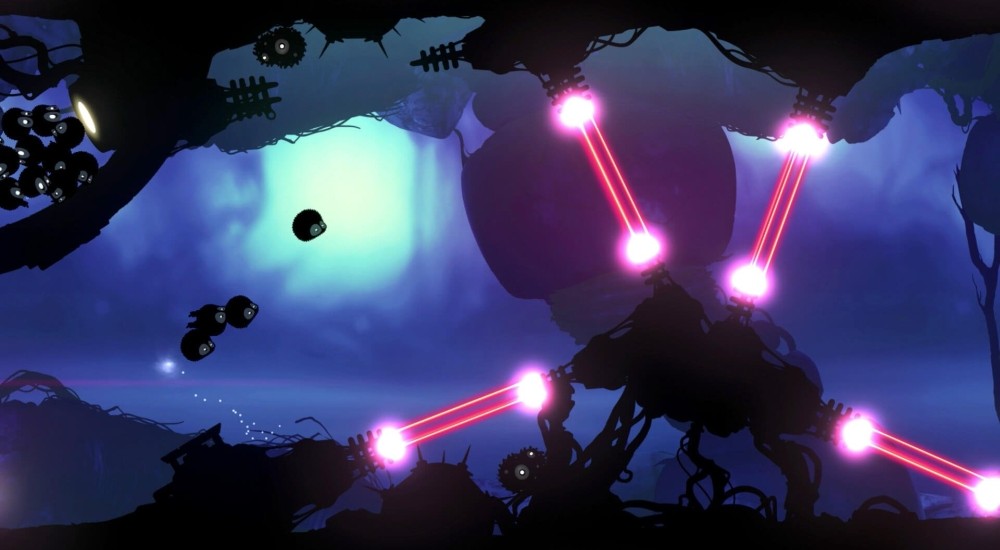 If you follow the mobile scene, it's a sure bet you heard about BADLAND. The game was released in early 2013 and walked away with handfuls of awards from handfuls of publications. A rudimentary local co-op mode was added to the Android, Windows Phone and iOS releases, but tiny screens and multiple players equals meh. That's why BADLAND: Game of the Year Edition is so friggin' exciting: it's coming to PC and consoles!

The central idea behind BADLAND is you're a little bird thing that was tossed out with the rest of the garbage. Gameplay is a cross between an endless runner and a platformer, though because your bird character is such a weirdo, things get crazy pretty fast. Crazy as in you can change size, splatter into dozens of copies of yourself, and so on. You'll need to use all of that craziness to survive a world of tilting platforms, sticky cockleburs, sharp fan blades and exploding plant things.

The Game of the Year Edition is coming to Wii U, PS4, PS3, PS Vita, Xbox One and PC via Steam spring 2015. It's bringing with it four times the content found in the mobile version, including 100 levels made just for co-op play. Multiplayer supports four local folks flapping and avoiding things as a group to survive until the end. Pretty basic, but it hits that co-op feeling right on the nose. And because BADLAND's artwork is so gorgeous, playing on the big screen is worth the price of admission alone.