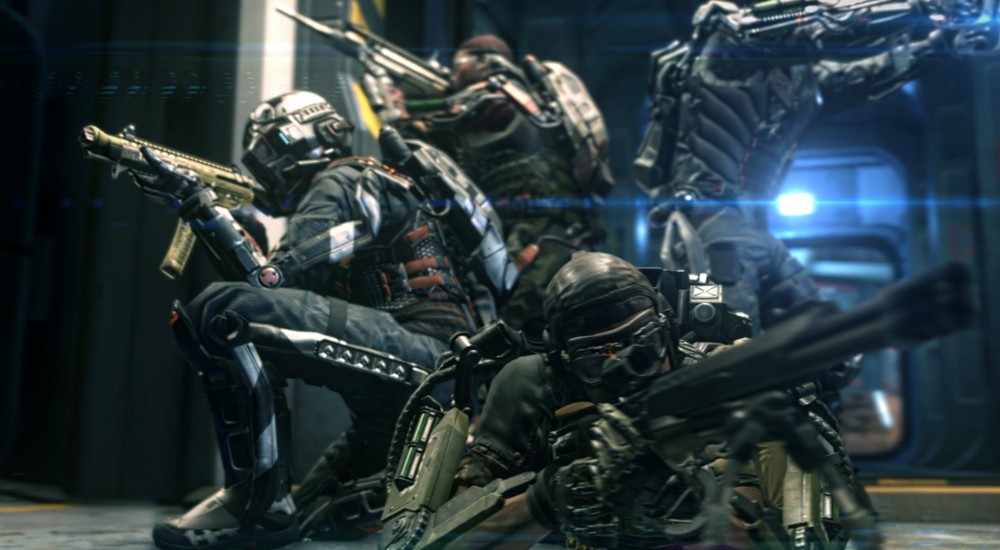 Alright, Xbox One and Xbox 360 owners.  You've had your fun with The Good Sir Paxton and co.  It's time to give everyone else a chance to play Call of Duty: Advanced Warfare's new "Havoc" DLC.  We know, we know.  You enjoyed being the only ones to experience the life and times of four folks living in a facility completely overrun with exo zombies, but exclusivity had to end at some point.

By some point, I of course mean February 26th.  As the timed-exclusive deal mandates, gamers with access to Microsoft consoles will have had a full month to experience the four new maps, new weapon, and brand new four player co-op mode that came in the first of four planned DLC packs.  That's plenty of time to lord it over their friends and family, if they're into that sort of thing. Exo Zombies, the co-op mode that Sledgehammer developed for their take on the CoD franchise, didn't pull any punches in terms of star power.  Besides our Lord and Savior Paxton, John Malkovich, Rose McGowan, and Jon Bernthal have all lended their voices to the cast of four Atlas employees unfortunate enough to still be alive during an exo zombie outbreak.  I don't work in insurance, but that must be quite the workers compensation claim when all is said and done.

2015 will see three more Advanced Warfare DLC releases with "Ascendance", "Supremacy", and "Reckoning".  These will all be purchasable individually, but the four-in-one season pass allows gamers early access to the new weapons.  The one month lag for Playstation and PC users should apply for the remaining three packs.