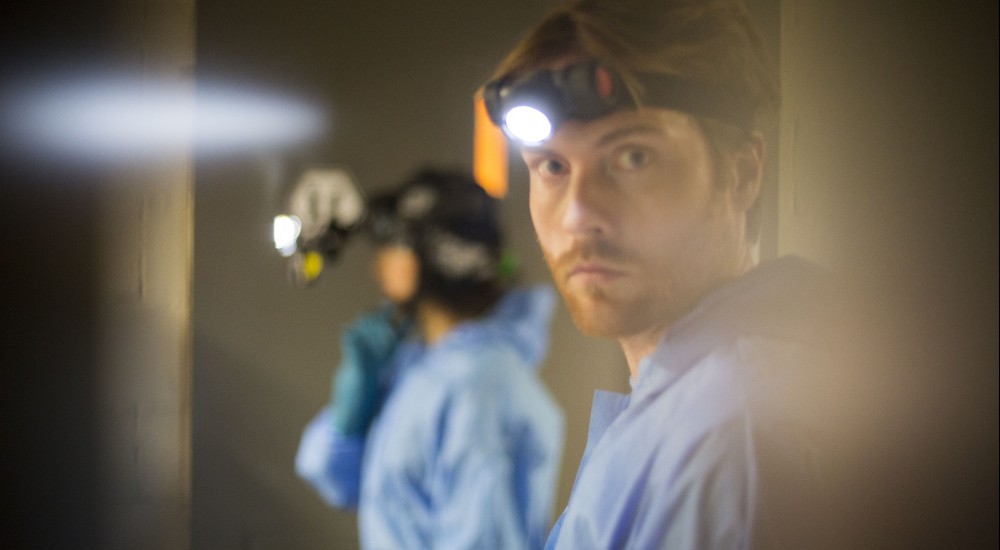 Tripwire Interactive, developers of Killing Floor 2, has been teasing us for quite some time now with in-game trailers showing off their new weapons, levels, and M.E.A.T. system.  This time, though, they're going for something quite different.  In their newly released live-action short film, Killing Floor: Uncovered, zombie dismemberment enthusiasts the world over will get a glimpse into the original outbreak that led up to the events of both the original Killing Floor and its upcoming sequel.

Knowing what exactly created the Zeds is a particularly tempting morsel of info, as I simply get no enjoyment from blowing a zombie's legs off if I don't know his backstory.  If a member of the undead's last words are, "Terrrry owed me eighty bucksssssss", I just have to know who Terry is and why he took out such a hefty loan.

Maybe you should just watch the film:

Boy, the British sure do love their hardcore music.

While Tripwire remain cagey about the game's release date, they've been quite forthcoming with other details of the game.  From what we've gathered so far, the team looks to expand on the mechanics from Killing Floor, indicating that they know not to mess too much with a winning formula.  The co-op mode, which sports up to six players, should remain true to the groundwork laid by its predecessor.

Even more exciting about the game is its likely longevity.  Tripwire has done a tremendous job supporting the original KF, which debuted in the middle of 2009.  Despite the fact that it is long past the height of its popularity, a quick check on Steam indicates that it was updated as recently as December 2014 with a patch that even included a new map.  With any luck, we'll be figuring out ways to mess with the new M.E.A.T. system for years to come.