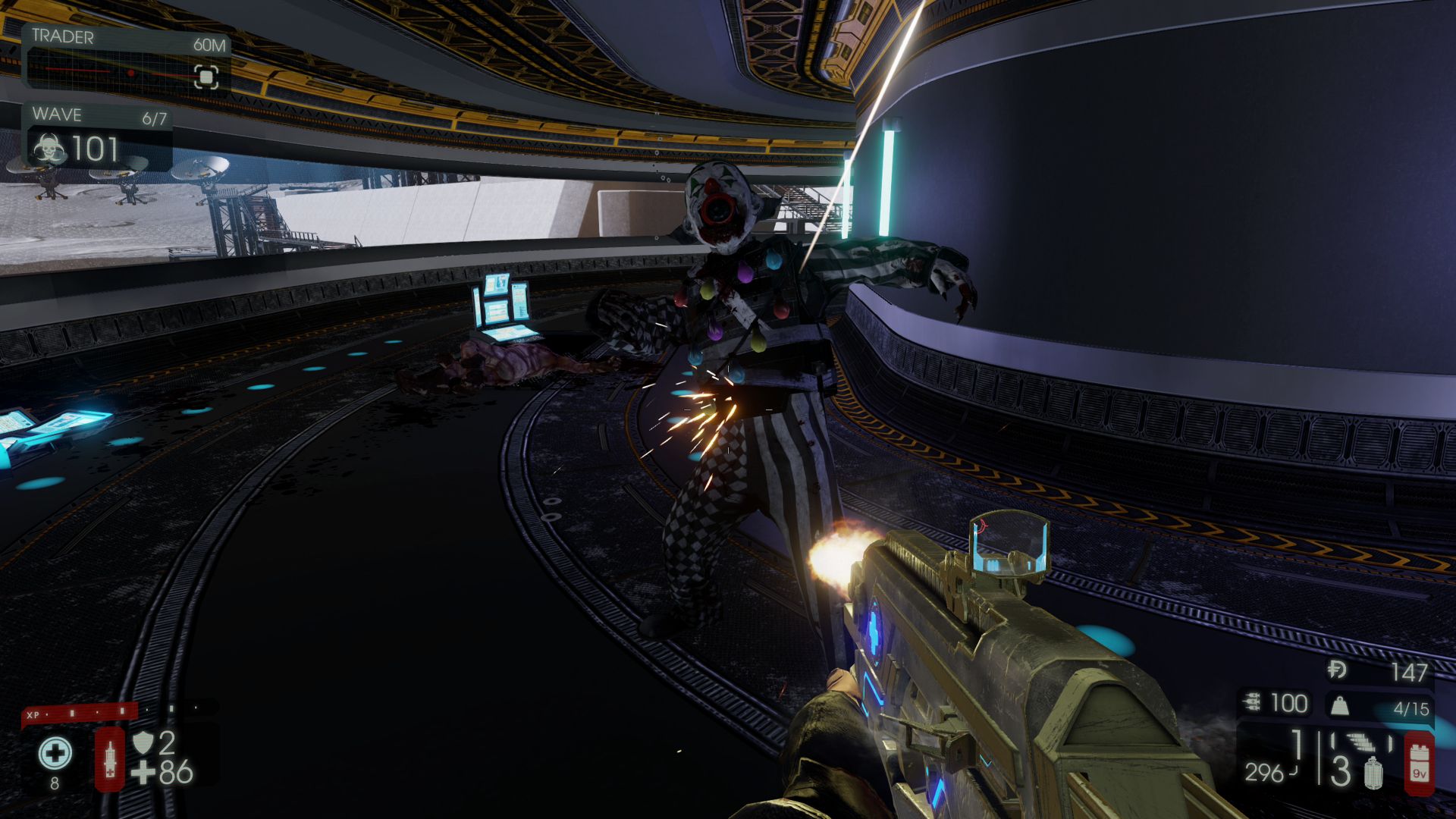 Tripwire Interactive has done a terrific job of supporting Killing Floor 2 since the co-op FPS launched on PC and consoles more than four years ago. Every year, the game receives multiple new maps and additions that help keep the cooperative experience fresh and addictive. The latest free update, 'Interstellar Insanity,' adds a new map, weapons, cosmetics, in-game rewards, and more. The new map, Moonbase, is considered the end of the Lockhart map trilogy, which also includes Airship (2018) and Steam Fortress (2019). At the end of the Steam Fortress map, players took off in a rocket to the moon. Now we're finally able to experience what the moon has to offer in the Killing Floor world. As it turns out, that includes lots of monsters and killer clowns. I could do without the clowns; they don't fit the game's look all that well. The Moonbase does sport a cool sci-fi aesthetic, though, and low gravity jumping that gives it a unique feel compared to other maps.

Two new game modes have been added to the weekly rotation - Scavenger and Arachnophobia. The new map and drip of content are pretty much what we get from every Killing Floor 2 update, but that's not a bad thing. The core ga2meplay, working together with others in 6-player online co-op to survive increasingly tough horde waves, is just as fun as ever. It would be great to see a proper Xbox Series X|S and PlayStation 5 update, though. Perhaps the developers are waiting on a sequel for that level of upgrade.

Killing Floor 2 costs $39.99 and is available on Xbox, PlayStation, and PC. Tripwire plans for summer sales across all platforms, so keep your eyes peeled if you don't have the game yet!