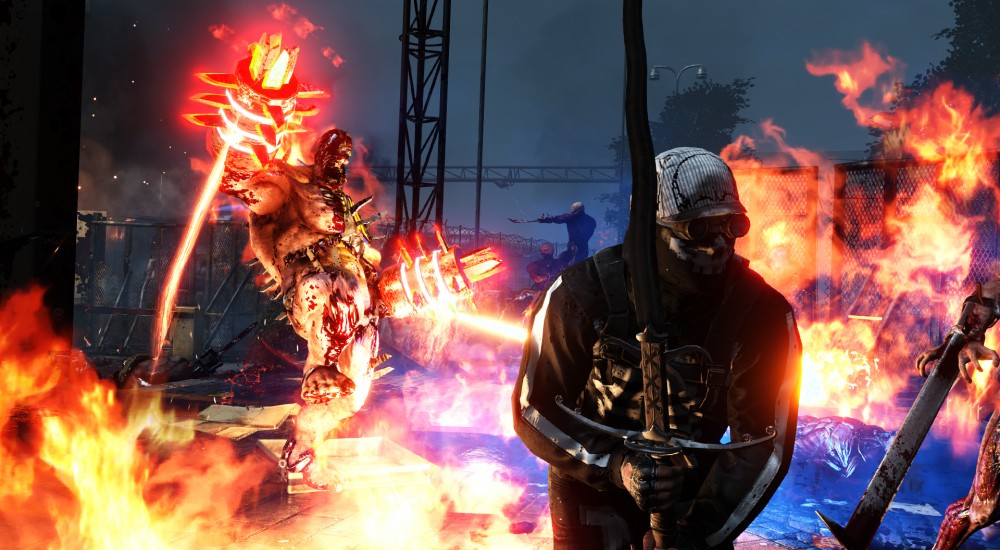 Ah, it's that time of year again.  Can you smell it in the air?  The burnt flesh.  The gunpowder.  The musk of a freshly slain zed.  That's right, folks, it's time for another Killing Floor 2 update!  The appropriately titled "Incinerate 'N Detonate" patch brings to us a slew of new content ranging from classes to maps to (my personal favorite) weapons, and we got the chance to take an early look at it.  Thanks to the kind folks over at Tripwire, the Co-opticrew spent some more time with a franchise very near and dear to our hearts.  Trust us on that.  For a while there, you couldn't go a full hour without someone screaming "Loads uh money!". - 2 new perks, Firebug and Demolition, each with their own weapons and grenades
- 2 new maps, Evacuation Point and Catacombs
- New weapons, including the Dual 19mm Pistols
- An overhaul to the Berserker skill tree
- After Action Report - New system adding Team Awards, Personal Stats, and Map Voting
- New achievements
- Zed hit zones, adding vulnerabilities and hit effects to different parts of the zeds' bodies, giving you a reason to aim somewhere other than their frontal lobes
- An audio overhaul
- Old map and skill tree refinements, because it wouldn't be a patch without miscellaneous improvements
- NVIDIA FleX Technology

Enough of the lists, though, you're here to see this stuff in action.  Let's move from bullet points to bullet casings!  Or... look, I don't know.  You try transitioning out of patch notes.

If you're interested, we'll be streaming the new content live on the site sometime over the next couple days.  Be sure to check back for updates here or on Twitter!

Maybe moving pictures just aren't your thing, eh?  You're more of a static image guy or gal.  Well, fret not, we also dropped a whole gallery of jpegs for you to take in.  Just try not to look at them too fast.

Killing Floor 2 made its way from the ostensibly real Roswell, Georgia to the definitely virtual Early Access program on Steam earlier this year, with fairly frequent updates leading up to a full release on both PC and PlayStation 4.  It features six player online co-op and more zed decapitation than your body has room for.  Hope you enjoy the stream, and remember, we're trying to heal you, not bloody tickle you!