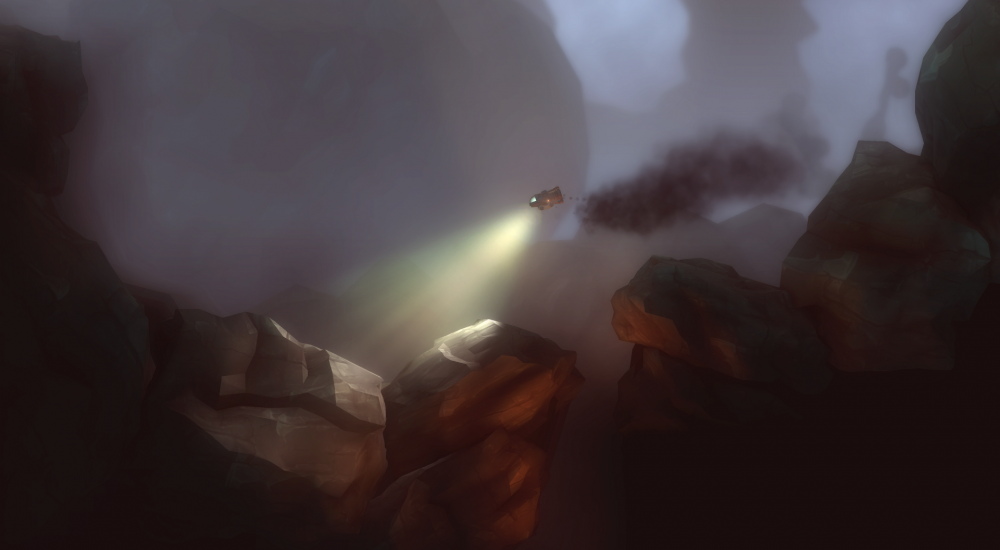 KnapNok Games, the developers behind the very unique Wii U party game Spin the Bottle, have a new co-op game in store for players. Affordable Space Adventures is a 2d adventure where players work together to help navigate a spaceship through hazardous environments and avoid being seen. The twist here is that each player (up to 3) controls a different system of the ship.

The game itself looks really gorgeous, but the real hook for me is the way co-op is handled.Think Spaceteam where each player is controlling some different portion of the space craft. Rather than everyone having just their own view on their phone or tablet, though, one player is looking at the "Heads Down Display" on the gamepad while the other two control the ship via Wiimotes or controllers.

You can check out some of this co-op in action starting around the 10 minute mark in this video from Nintendo's Clubhouse event last E3.

There's also a teaser for the game that hints at some of the darker themes that seem to be lying beneath the surface.