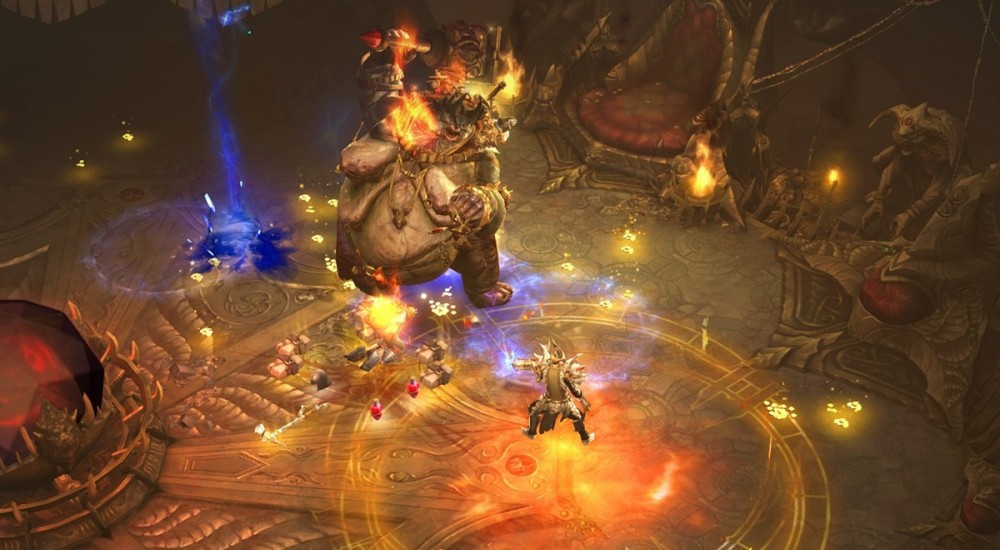 At least within the North American game market, people are usually dissatisfied when it comes to the inclusion of microtransactions in most AAA titles, and we can't entirely blame them. Like the more recent case of Evolve, the business practice can greatly impact initial sales of the game upon release if not treaded upon carefully. Blizzard, on the other hand, has thought of reintroducing them into one of their most popular IP's, Diablo 3, once again, but in an a much larger region.

The immensely popular title from Blizzard, Diablo 3, might be seeing some microtransactions coming to it in the future. However, there is somewhat of a silver lining to this bit of news. Blizzard was quick to point out that not all features included in the upcoming patch 2.2.0 might will be found in all regions, as data mined information might suggest. More than likely, it'll be the Asian markets that will receive the microtransactions instead. As PC gaming comprises the majority of the region, this may prove to be a very profitable maneuver for the company.

Brandy "Nevalitis" Camel, Diablo community manager, stated on Battle.net recently that various microtransactions uncovered by the playerbase will not be included in the Western patch. (their appearance later down the road is still a possibility, however). Some of these items include: character slot additions, additional space to store loot, Platinum currency (paid for with real-world money), experience boosts, and various cosmetic item additions.

“While the above features will not apply to this region, players will still benefit from some of the quality of life perks tied to these additions, such as a streamlined UI for selecting cosmetic benefits like pets and Collector’s Edition wings,” Camel explained.“We recognize that many players have expressed an interest in microtransactions being added to Diablo 3. While we may explore this model in some regions, we have no immediate plans to implement such purchases anytime soon for the Americas (nor European) region.”

Is this a good thing or a bad thing? Many have argued that Diablo 3 is far enough into its life cycle that microtransactions might be an okay at this stage. What do you think? Leave us your thoughts in the comments below!