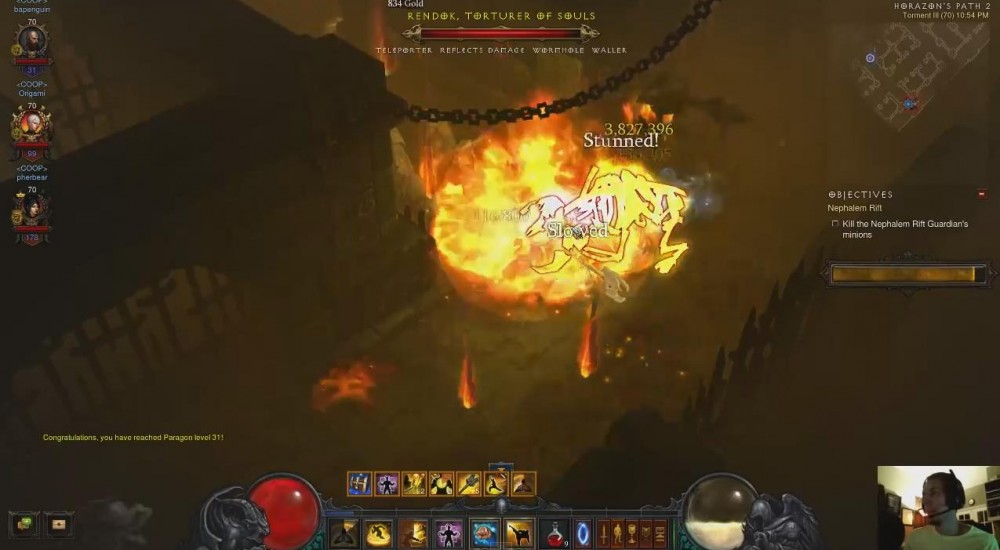 Diablo 3 received a major patch this past week, and while a minor bump in version number might not seem like it warrants the descriptor of "major" - the patch really is a significant update adding a ton of polish to the already well supported game two years after release.

A few of the big changes involve the rifts themselves, which now feature treasure goblins that can spawn not only gold but legendary items, gems, and other goodies when killed. The town in Tristam has also been reorganized bringing the vendors all around the main square giving easier access to trade, craft, and improve your items and equipment during adventure mode. Several changes have also been made in how stats are presented to the player, making sure the messaging is clear.

Of course the patch tweaks many of the current builds, enhances many of the legendary items, and balances out numerous skills across all of the classes.

We played a bit of the new patch the other night diving into a rift and greater rift. We discuss the changes in more detail as we see them throughout the night, including one of those pesky treasure goblins!

Here are the full patch notes from Blizzard.