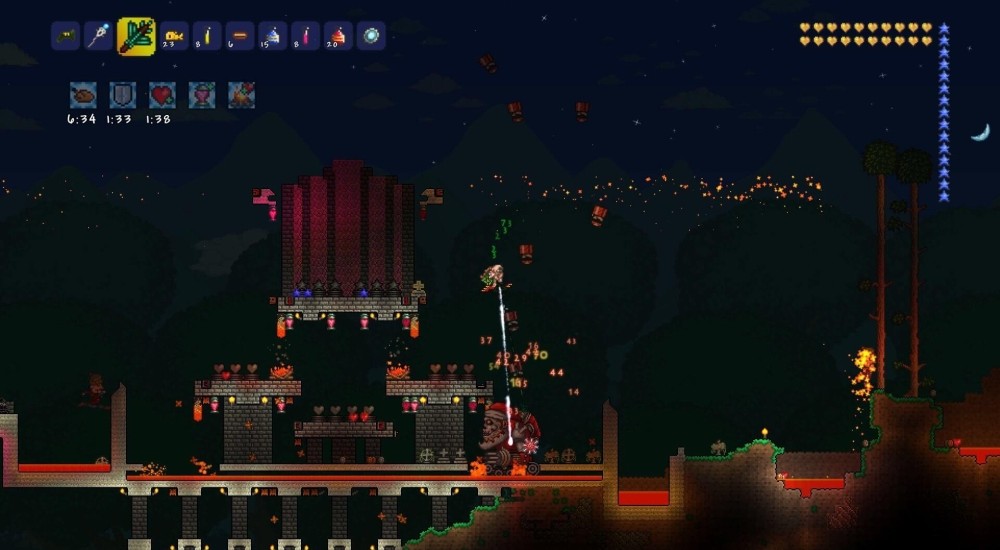 While the PC version of Terraria is brewing up its big 1.3 release, the console versions get a few updates to make sure no one forgets to secure their loot fort from alien invaders. The Frost Moon event has been released for Xbox and PlayStation versions of Terraria, unleashing more horrors (and more items) on your favorite sidescrolling sandbox world.

With the invading swarms to fend against comes loads of other bug fixes, new items, new enemies, and gameplay tweaks. A lot of the extras are Christmas themed, such as the Christmas Tree Sword or Razorpine weapons and elf hats. New enemies include Present Mimics, Yetis, Nutcrackers, Zombie Elves and Gingerbread foes. Yes, the release is 10 months away from Christmas. Moon invaders are apparently that cruel.

Take a peek at some of the new things console owners can encounter in the world of Terraria: