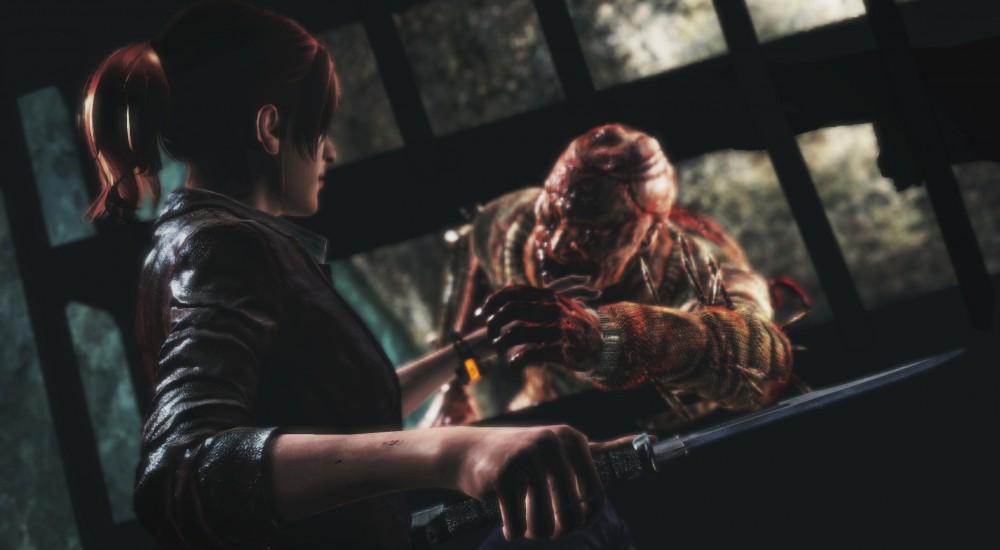 I don't know about you, but I feel that the new episodic release schedule of Resident Evil: Revelations 2 is both a blessing and a curse.  The anticipation for the game mounts, but we just want to play it.  Always the tease, Capcom have released a teaser trailer for Episode 3 that heightens the intrigue.

Episode 3 of the game will continue the 2 player local co-op that has been a great part of the series so far.  Beware that spoilers will be below if you have not played the first two installment (and why not?!?)

Claire and Moira thought everything would be fine now that they've found their friends. Then the Overseer told them they were all infected with a deadly virus.

Separated from their friends again, Claire and Moira desperately search for answers -- and a way off the island. Unfortunately for them, the Overseer has eyes everywhere. Every trial they overcome only brings them closer to her.