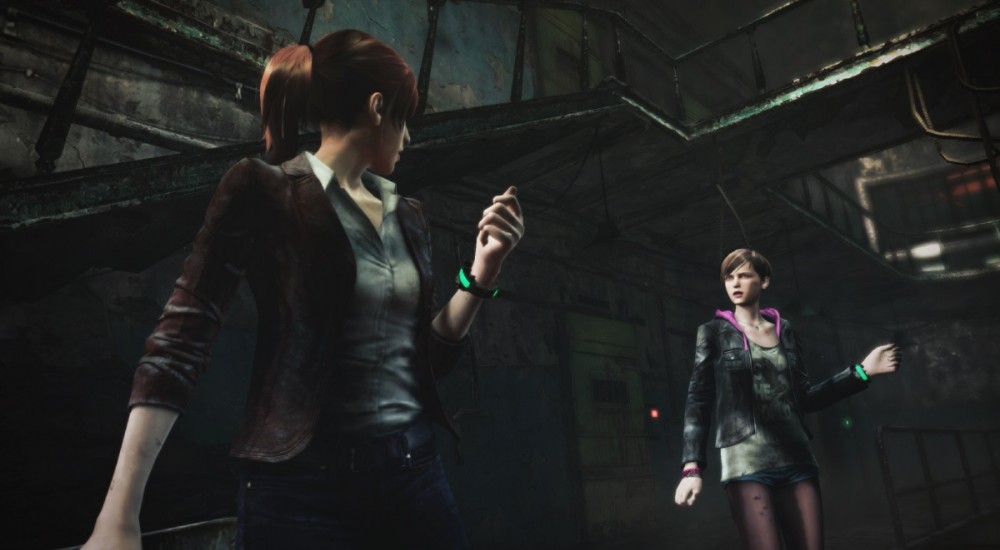 Capcom might've pulled a fast one on the PC community by stating that Resident Evil Revelations 2 wouldn't contain any local co-op mode at the last minute. However, the modding community says otherwise. of local co-op are now able to play the game locally using a mod developed by a fan.

There was a lot of backlash from the gaming community revolving around the sudden lack of local co-op within Resident Evil Revelations 2 - especially after Steam listed that it would contain it originally. This led someone in the community to take it upon themselves to develop a mod that will now allow PC players the opportunity to play locally with friends. Modder FluffyQuack, also known in the community has Sectus, recently released his mod, known as Fluffy Manager 5000, that adds the local co-op feature. This addition, however, still has some bugs to be worked out, such as players only being able to experience the mode through gamepad controllers. As Sectus mentioned in his Youtube notes:

"Keyboard/mouse controls always affect both players, so it's not usable."

Still, he states that the mod currently works perfectly with Episode 1 content and is currently working to make local co-op work for Raid mode to be made available in the future. Thank you, Sectus for giving much of the fanbase what they wanted! For some footage of the mod in action, check out the video below. Feel free to download the mod from the link found in the video description.

However, today Capcom released a statement on their Steam page that, in response to the growing community feedback. In it, they conclude that an official local co-op mode is being made:

Following Resident Evil Revelations 2 PC player feedback, we've got some new information to share. The development team has been exploring various options and we're in the process of creating a way for players to utilize a local co-op feature

Soon we plan to release a beta branch on Steam which will allow two players to play the Story and Raid modes locally via a split screen. We want to get this feature in the hands of our PC players as soon as possible, so this option may not be 100% polished when it is released. Feedback from those who try it out is welcomed. For anyone who isn't satisfied with this option, refunds are available through Steam.

EDIT: Open beta patch is now live. Detailed instructions on how to access the beta branch can be found here.

Whether you choose to download the official Capcom beta now or use Sectus' mod instead, we've got the local co-op mode been wanting since the beginning.

Note: we will continue to state on our PC page of Resident Evil Revelations 2 that the game contains an online co-op experience only until the official mode is released.