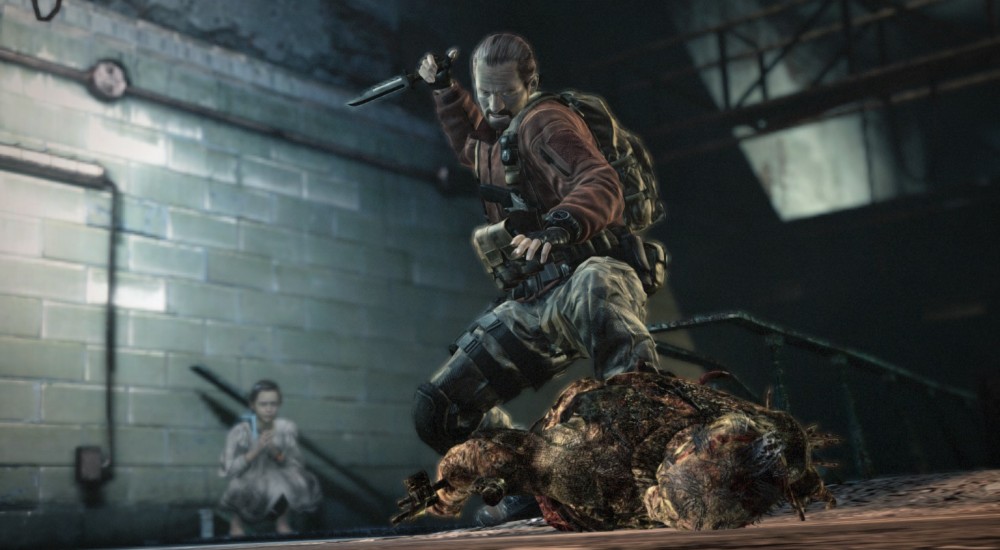 Well, gang, it looks like ol Mr. Capcom pulled a fast one on us.  Despite Resident Evil: Revelations 2's page on Steam's virtual storefront prominently displaying an "offline co-op" feature, gamers have quickly discovered that this is not, in fact, the case.

As it turns out, the game's PC version doesn't feature co-op of any sort upon release, as the Raid Mode's online co-op feature will be patched into the game at some point in the near future.  This is a huge disappointment for PC-based Resident Evil fans who've been patiently waiting for their chance to experience the game's asymmetrical co-op. Unfortunately, there was no indication that the game would not deliver on this promise until the day it hit virtual shelves.

A spokesperson at Capcom UK had the following to say about the issue:

The PC version of Resident Evil Revelations 2 supports a variety of customisable visual settings and resolutions. The decision to prioritise a single local screen was made to ensure a stable user experience across a variety of different PC settings and devices.

Raid mode will support online co-op shortly after launch when a free patch is available for players to download which adds this feature, but the main campaign on PC will only be available to play in single local screen.

Their reasoning for the mode's exclusion is fair, as delivering a working product should take top priority, but Capcom shows a huge lack of awareness from this situation.  As of the writing of this article, the "Offline co-op" tag has been removed from the game's listing, but the mode is still contained in the game's description.  An addendum at the very bottom of the page is the only indicator that this is incorrect.

Unfortunately, we here at Co-optimus were also duped by the misinformation and have now updated the game's PC page to reflect the change.  We apologize to anyone who errantly purchased the product based on this information.