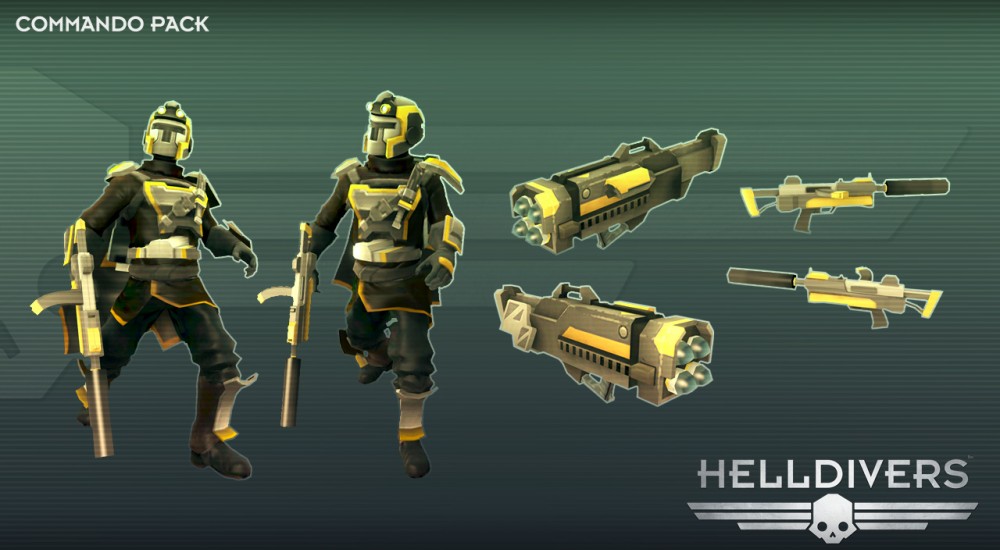 As I keep telling my friends, Helldivers is a damn fine game. I enjoy everything about the tactical twin-stick shooter--from the hilarious friendly fire incidents to the last second extractions. It's a blast.

That's why I was a little surprised to see DLC out so early. The game felt complete (for the price) when I reviewed it a few weeks ago. Then I saw the items in the DLC packages and suddenly Helldivers doesn't feel quite as complete after all.

The Commando, Defender, and Support packs each have some pretty sweet gear. Gear I didn't know I needed until this very moment. Gear that now seems suspiciously absent in those sparse level-ups where you get no new fancy black and yellow clothes. Pretty disappointing, Arrowhead/Sony/entire gaming industry.

Each pack costs $2.99, or you can get them all together for $5.99. Here's what your hard-earned lunch money will buy:

I hate when devs shave content to make minimal DLC. You can protest all you want and not pick them up. I'd complain more, but I like the game. I'll be calling in Angel drones and wreaking havoc with my Commando rockets. Just don't try to take any of my soothing green heal rays, you commie cyborg.