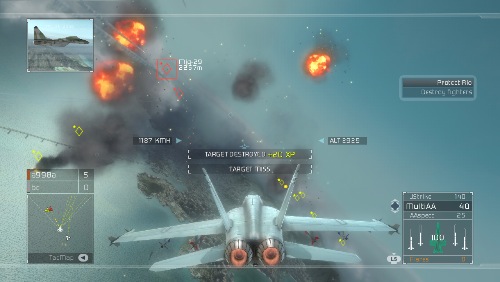 Yesterday's PlayStation store update came and went and there wasn't a HAWX demo to be found.  Unlike our 360 brethren, PlayStation owners haven't yet flown the unfriendly skies with the likes of a co-op squadron.

According to the official Ubisoft Twitter Feed, the demo on the PlayStation 3 has been delayed because of an "unexpected issue."  Unfortunately this probably means PS3 owners will have to wait until at least the 19th of this month, as the PlayStation Store only updates on Thursdays.

Our impressions so far of the demo are pretty positive, as were our impressions from Comic-Con.  Look for an exclusive interview with the HAWX Community Manager later today discussing this 4 player co-op title.