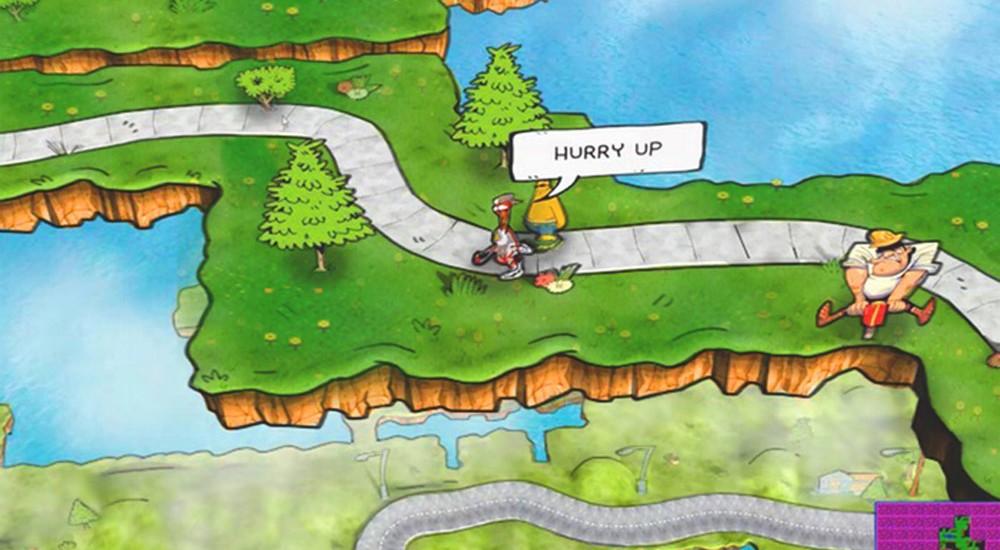 Independent developer Humanature Studios announced that its crowdfunded Toejam & Earl sequel will feature a four-player co-operative mode that builds on the multiplayer elements of its classic Sega Genesis predecessor.

Toejam & Earl: Back in the Groove will feature adventure-styled roguelike gameplay in the vein of the first Toejam & Earl game, originally released for Sega's 16-bit Genesis in 1992. Developer and co-creator Greg Johnson notes in the pitch video below that corporate demands resulted in sequels that strayed from the original game's core concepts.

The proposed PC sequel, Back in the Groove, will focus instead on what made the original game such a memorable co-op experience. In additional to local split-screen play, Back in the Groove will offer online play that lets up to four players explore the game's surreal, randomly generated environments.

Toejam & Earl: Back in the Groove has entered its final week on Kickstarter, and currently needs an additional $25,000 to meet its $400,000 funding goal.