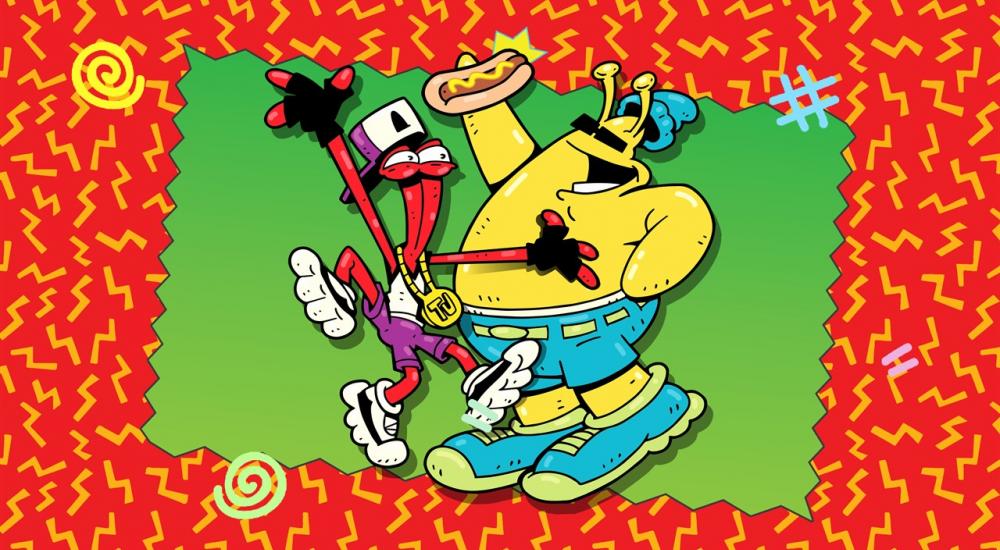 For this week's "Let's Play Co-Op", Mike and Locke are checking out ToeJam and Earl: Back In The Groove, a Kickstarted title that seeks to bring back a franchise that many Genesis fans remember fondly. Like so many of these types of projects, the aim is to make something that successfully hits that nostalgia center of the brain and presents something that is as good as you remember it being (which isn't always the same as the reality of how it was).

I never played any games in the ToeJam and Earl franchise, or at least not to any meaningful extent, so from an outside looking in perspective, Back in the Groove certainly LOOKS like the game I remember from back in the day. Two aliens running around trying to gather up parts of their spaceship in a very rogue-like fashion. Yup, cool! But it's probably worth hearing about the game from someone that has a history with the franchise...

Locke here to bring the funk.

My history with ToeJam & Earl goes back to the early 90's when I had a rad mushroom cut and a Sega Genesis in my bedroom. Fast forward to ToeJam and Earl: Back In The Groove and not much has changed for the game other than a new coat of paint. From the stream archive, you can see that the game isn't complicated. It is basically ToeJam & Earl with some Panic on Funkotron sprinkled in. I've gone back and forth on the game and have landed in the camp which is happy the game exists, but perplexed on why people want more ToeJam and Earl. It's a throwback to to a simpler time when games didn't demand much from players and you could sit down not have to think too much. This rendition of ToeJam & Earl stays true to its roots [read: the first game] and will transport you back to the 90's for a funky filled time.

ToeJam and Earl: Back In The Groove is available on PC, Xbox One, PlayStation 4, and Nintendo Switch. For the PC version, four player co-op is supported locally (couch), online, or a mix of the two. For the consoles, two player couch co-op is supported as well as four player online, or a mix of the two (e.g., two players on a PS4 can join two players on another PS4).