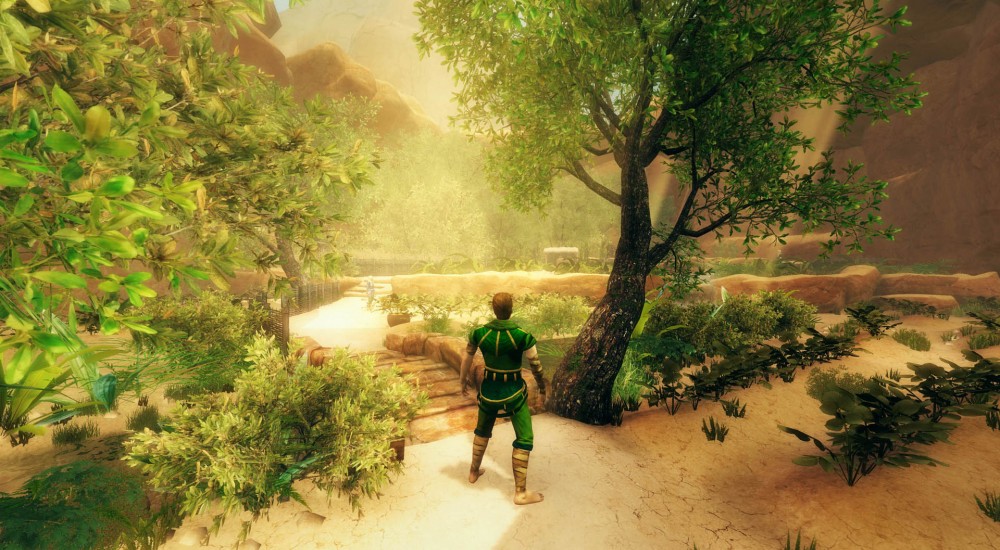 Okay, so let me get this straight.  You got sent to the principal's office for what now?  Fifth Grader Tommy wouldn't let you play kickball, so you removed the earth from right under his feet and sent him tumbling into the dark abyss that remained?  And how'd ya do this?  You say it's called terraforming, and you learned how to do it from the hot new release, Son of Nor?  Kid, I don't even know what terraforming is!  I'm just a janitor that happened to wander into the principal's office.

Speaking of which, could you move?  I need to empty the trash can next to ya's.

Yes, you heard correctly.  Son of Nor, the terraforming, spell slinging, rootinest, tootinest action/adventure game from Stillalive Studios is available for purchase right this very second.  You should care about this, of course, because it sports four player online co-op along with two player splitscreen co-op.  That means you and one to three other hooligans can travel around the land turning normally non-convex things into totally-convex things.  Or vice versa.

Go on now, rip apart the geographical threads that define our very lives.  You have my blessing.