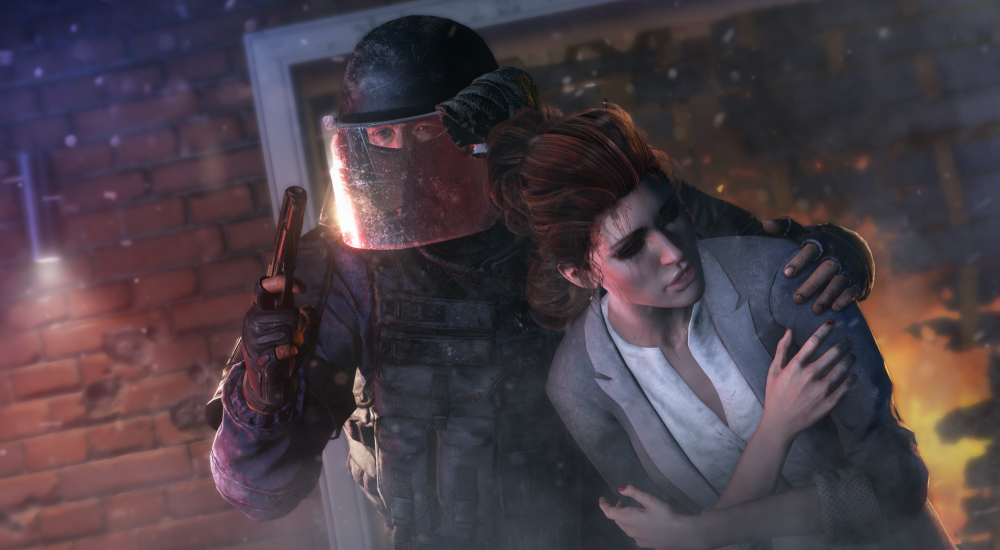 The SAS' story is woven throughout British military history, from their beginnings in Britain's North African WW2 campaign to their utlization throughout the Gulf War.  Thanks to Rainbow 6 Siege, players can now get the full "stiff upper lip" experience, which probably entails equal portions of kicking terrorist ass and stifling any and every emotion.

As you'll see in the video, the SAS specialize in a more elevated approach, which comes through in their style of play.  That, speed, and toxic gas makes it sound like they'd also be really good at dorm room pranks.  Maybe that means the Spetsnaz are experts at clearing terrorist operations through the efficient use of Three Stooges-esque hijinx.

I'm really excited to see how each country's special forces unit differs from the others, and hopefully those differences will show up in the game's co-op modes.  Though a release date has yet to be confirmed, the sheer amount of PR movement seems to imply that the game is nearing completion.  Perhaps we'll find out more specifics at this year's E3.

In case your missed it, Rainbow 6 Siege's collector's edition was detailed earlier this month.  If you're some kind of crazed special forces aficianado, it may be worth looking into.  Despite the hokey "gameplay footage", this was one of my more anticipated game coming out of last year's E3, so I'm definitely hoping that it turns out as good as the trailers are making it look.