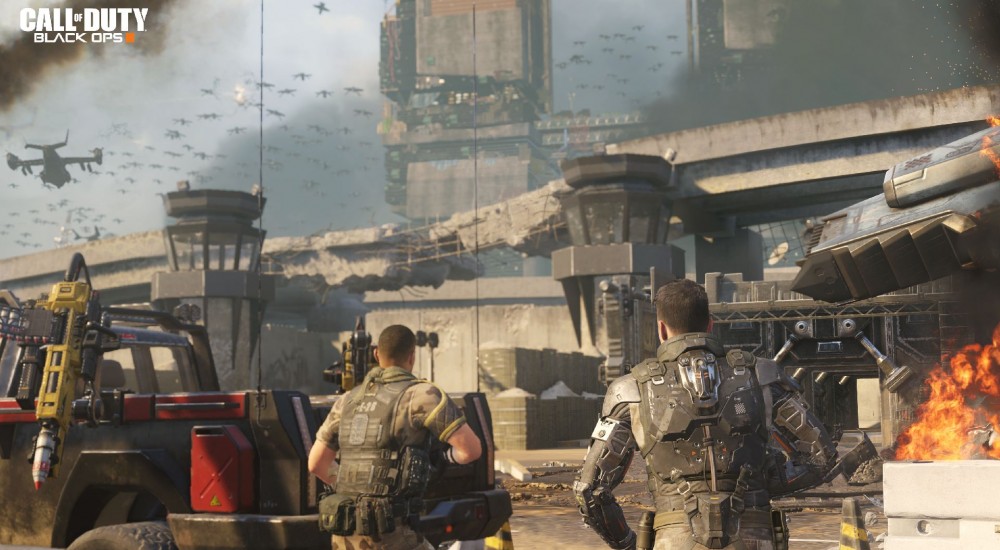 Treyarch is the last Call of Duty developer to actually implement a co-op campaign in a Call of Duty game, that was all the way back in 2008's Call of Duty: World at War. And while just about every game since has had a co-op mode, usually a spin-off like Zombies or Spec-Ops, the story in the Call of Duty games have been devoid of cooperation - it was always you against the world. But not anymore.

Call of Duty: Black Ops 3 is set in the far future, 2076 to be exact. It's a world in which humans have been genetically and bio-mechanically modified into super soldiers. One in which the man is indistinguishable from the machine. It's taking the future war concept and turning it up to 11. Just watch the trailer.

I can get behind some Stones'.

But the big news is the addition of a proper co-op mode. A campaign that Treyarch says is designed from the ground up to support four player co-op online, or two player couch co-op in split-screen. Polygon is reporting the game is very co-op friendly, allowing players to join in and out of a game at anytime with save progression not keeping folks tied together. Want to help someone on the first level even though your character is at the last? No problem. In fact - according to Treyarch, you might see something you didn't see before when replaying that previous level.

Perhaps the most interesting feature is the way Call of Duty: Black Ops 3 incorporates cooperative play into the story. A new tactical view gives players a visualized threat analysis of the battlefield; meaning - you see what your co-op partners see. Black Ops 3 also marks the first time players can choose to play as a female character if they wish. A decision surely to make most of the internet happy. Surely.

Call of Duty: Black Ops 3 is set to release on November 6th on the Xbox One, PlayStation 4 and PC. The campaign co-op will be joined by an all new zombies mode as well. We'll be watching this one closely as more details are unveiled at E3 in a few weeks.