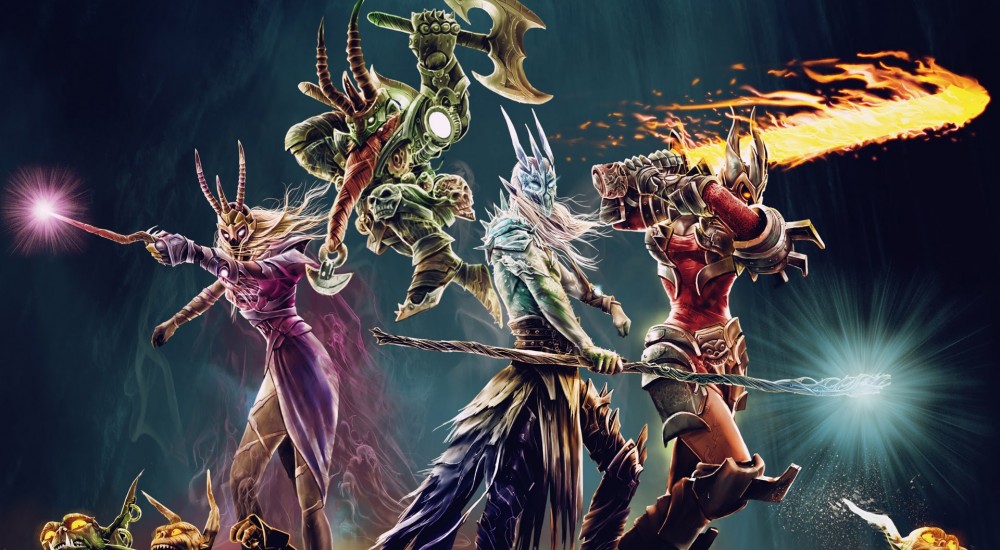 Developer Codemasters has announced that the next installment in the Overlord series, Overlord: Fellowship of Evil, will be coming to PC on August 25, 2015. Various platforms versions for both PlayStation 4 and Xbox One have been revealed to be coming as well, so almost everyone can experience it.

Since the previous title over six years ago, evil has been nearly wiped out from existence and, minus the small group of remaining Minions, there are no true Overlords left to rule them. That's when they came to the realization that by resurrecting the four most evil Netherghuls from dead evil could once again begin to spread chaos across the land. The four selected evildoers the Minions have chosen include a human, elf, dwarf, and necromancer (with some epic back stories). Joining together with a group of up to three friends either locally or online, players can unleash destruction yet again across the realm, all while being assisted by the horde of idiotic, but lovable minions. Voice actor Marc Silk who was the voice of Gnarl from the previous game will be returning to Fellowship of Evil! Some key features include:

What's quite charming (even trollish) about the Overlord series is that the concept of being evil just for the sake of being evil, even backstabbing fellow players is a condoned option for anyone wanting to spread the nastiness around. As the developer says themselves: Evil never plays by the rules! Codemasters Executive Producer, Rob Elser, stated:

“We’ve been scheming about a new Overlord for some time. We really wanted to do something that would allow us be evil alongside our friends, instead of the normal heroics in every other game.  The idea of playing as a team of bad guys commanding Minions to do our utmost bidding, while also causing chaos for each other, just really made us smile.  And as you know, an Overlord game never takes itself too seriously.”

Overlord: Fellowship of Evil for PS4 and Xbox One is stated for a 2015 release thus far, with no specific date set in stone. We are, however, excited to hear that four-player local and online co-op options will be available.