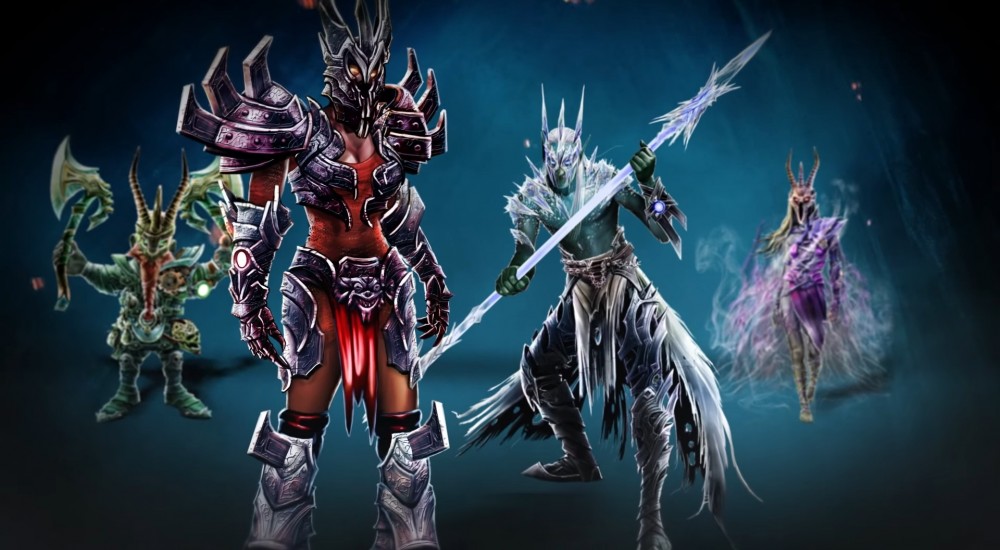 Friendship is difficult.  Even the kindest of folks happen upon events or realizations that alter the way they look at each other, and that's to say nothing of those who are hell-bent on conquering the physical plane.  Overlord: Fellowship of Evil, acknowledges that time spent with co-op partners can occasionally lead to frustration, which is why they're including ways to... alleviate that.

This latest video from the CodeMasters propaganda machine gives us a glimpse into how their unique take on co-op will work, exactly.  You and up to three (at least temporary) pals will set upon the world to pillage, wreak havoc, and murder poor, defenseless sheep, but should you so choose, you can go all "Four Swords Adventures" on your former teammates.  How about you check out the moving picture box below to see it in action?

CodeMasters is fully aware of Overlord's roots as a single player game and, as such, is working to ensure that those who enjoy the solo experience can do so at any time.  The game is tuned to accommodate any number of evildoers.  We recommend including a like-minded ne'er do well or three, but to each their own.

Working alone or with a team, players will mill about in a centralized hubworld (the appropriately titled Netherdeep) and take on quests that will presumably involve lots and lots of wanton destruction.  Afterwards, they'll access to one of four sarcophagi representing the game's four villains, which they can use to upgrade each.  For more specific details, check out the full CodeMasters post here.

The developers still have yet to offer a specific release date, but we do know that it'll arrive this year on PC, Xbox One, and PlayStation 4.