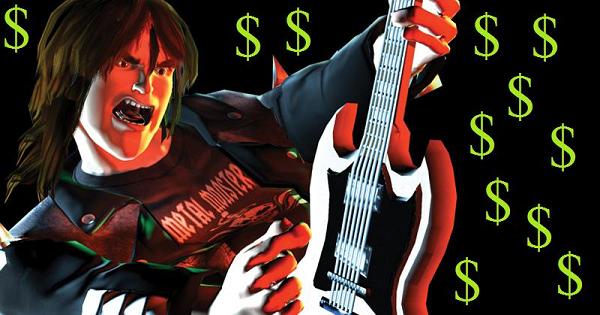 I'm going to try to make it through this news item without calling any Activision CEO's Satan.  This will be difficult for me, as it appears that the milking of the Guitar Hero franchise will be strong as ever in 2009.

During today's Activision Blizzard conference call, Activision Publishing CEO Mike Griffith boasted of a "robust lineup" of three new Guitar Hero titles dropping before the midpoint of the year: Guitar Hero: Metallica in Q1 as well as "a new Guitar Hero game for the Nintendo DS" and "a separate greatest hits compilation Guitar Hero game" in calendar Q2, (through June). In case that's not clear, the Guitar Hero Greatest Hits pack (or GH2 as we're likely to think of it) will include "full-band versions of some of the most popular songs from previous Guitar Hero games and will be made available for the 360, PS3 and Wii."

Remember how you could import all your Rock Band 1 songs into Rock Band 2 for a few bucks?  That was really cool.  But hey, why not give folks the oppurtunity to spend some more dough on songs they already bought once before?  I know, I know: the drums and singing weren't in the previous games, but still... this reeks of an easy cash grab.  Mike Griffith, your new middle name is Voldemort.  (Told ya I wouldn't call him Satan!)