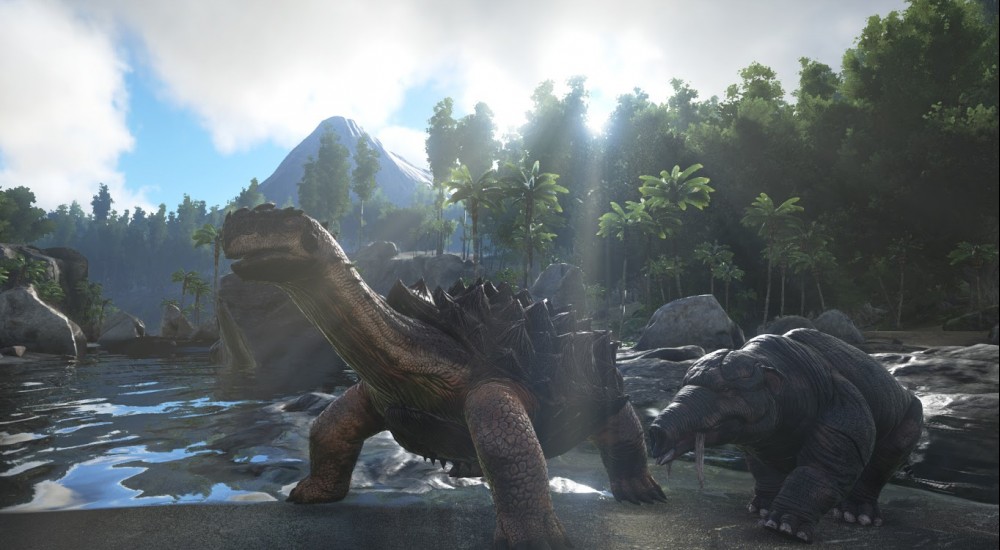 Players awake on the beach of a mysterious island surrounded by other confused humans. Everyone has to figure out how to stay alive, which includes hunting, harvesting, crafting, researching, and building shelters against the elements. The world of ARK utilizes a blend of prehistoric weaponry and far-future technology that us mighty modern humans would be baffled by. All of this is set in a wild world of dinosaurs who just love sinking their teeth into the warm flesh of mammals.

Wildcard is calling ARK's multiplayer "emergent cooperation and competition", which simply means you have to stick together to survive. Not everyone will join in the hug fest, of course, making your makeshift tribe just one of the many factions that will form in the game. ARK is set for release on Steam Early Access June 2. The full release, along with PS4 and Xbox One versions of the game, is slated for early 2016