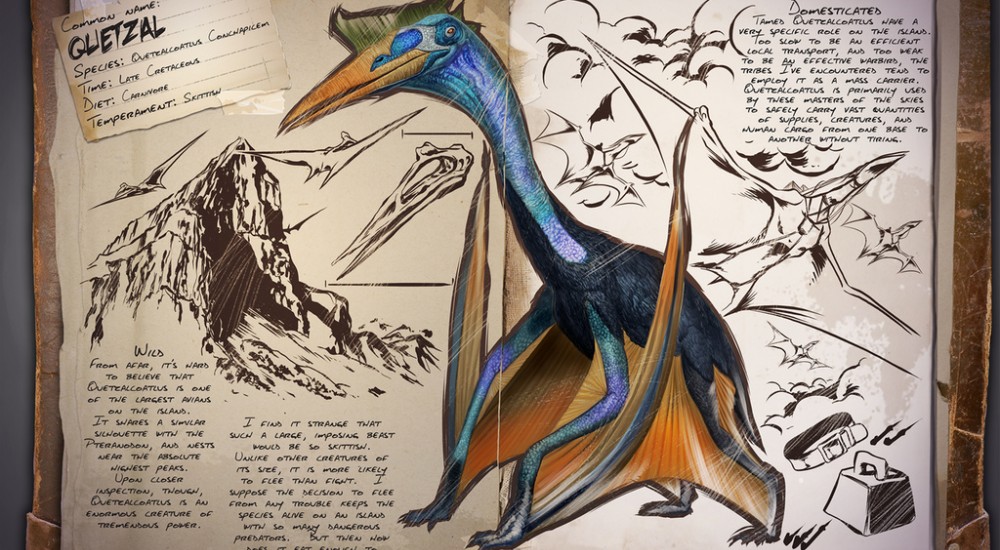 I still haven't checked out ARK: Survival Evolved, even though the idea of taming dinosaurs/mammoths and riding them does sound awfully appealing. The newest dinosaur has been revealed, the flying Quetzalcoatlus, and uh... you can put a gun platform on its back?! *runs off to download game*

Granted, I say all this and it still looks cool, but behind that is the knowledge that I will probably get killed by some random dude in armor that shoots lightning bolts from the crotch while I'm busy trying to rub two sticks together to make a fire.