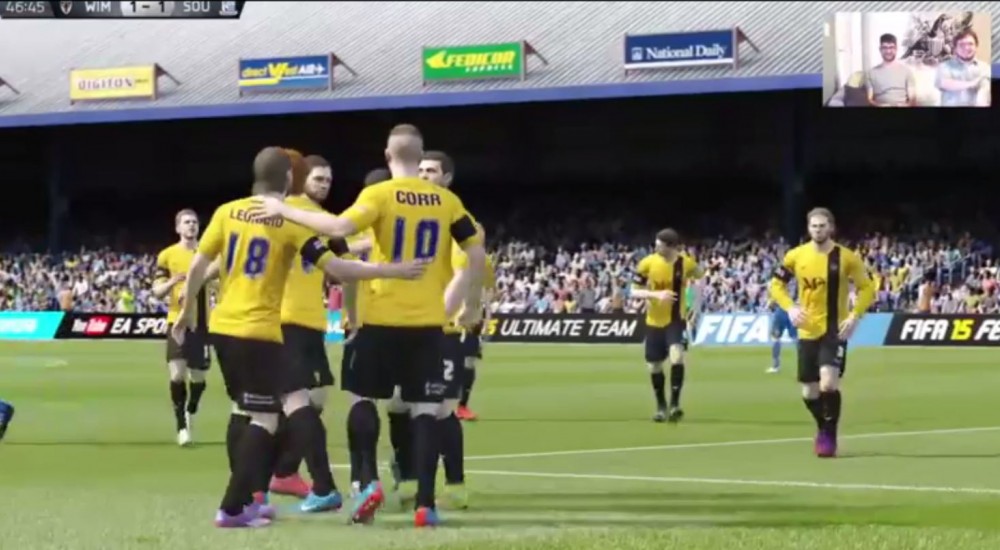 The clock is ticking.  A man sits in his underwear in a recliner in a room just a few yards away from Southend United's home stadium, The Loading Dock.  On the wall is a tracksuit, fresh from the dry cleaner.  He can hear the crowds begin to filter in.  Their nervous chatter rings faintly against his eardrums, like an old-time radio play being broadcast a few rooms away.  He wonders what they might be saying for just a moment before instinctively tossing the thought from his mind.

His team, the one he fought so hard and slapped so many faces to take over, has undergone a faltering start to the season.  In truth, it probably couldn't have gone any other way.  When your team includes a sports medicine student from the local community college and a middle schooler mistakenly dropped off by his inattentive mother, an unceremonious expulsion from the Johnstone Paint Trophy and middling results in the league are well within the realm of possibility.  By well within, I mean that it encompasses about ninety-seven percent of the realm of possibility.  One percent is set aside for a miraculous winning streak, and the other two percent includes miscellaneous situations such as Han Kook Young referring to himself in the first person, or Sunil Chethri being one quarter Pomeranian instead of Bull Mastiff.

This is not a man of cowardice, though.  No, years of tough love on the Northern Irish streets taught him one thing.  Well, two things if you count the mantra about always carrying a broken bottle on you in case of a street fight.

He downs the last of his Ukrainian Sailor, a drink he made up consisting of one part Yoo-hoo and two parts gas station vodka.  Moments later, he emerges from the converted concession stand that makes up his office.  A young boy runs up to him, excitedly requesting his autograph.

"Jack" he says, "shouldn't you be warming up with the team?"

The boy, whose legs are nearly entirely purple from injuries sustained on the field, wrinkles his nose to suggest that he's contemplating what he just heard.  Really, though, he's just fighting the urge to pee.  After a few seconds, he looks up at the man, nods, and darts off to warm up with what he calls his "uncle-friends".

Chester McSlappy shakes his head and begins to levitate towards the dugout, wondering whether or not he should start Will Atkinson at the tip of the diamond.

Welcome back to another volume of the Shrimpers Forever archive!  We have two sessions hot off the Twitchin' stove for you.  First up is our Tuesday night stream:

Next, we've got the ol' Thursday night stream.  This was a big one, gang.  I don't want to spoil anything, but let's just say the team got more than a few excited "Victory Slaps".

It's been such a blast to get to do this so far, and we can't thank you enough for spending time in our strange, soccer-centric world.  As always, we stream Tuesday and Thursday nights at 8pm EST.  We'd love for you to join us in the chat on www.twitch.tv/cooptimus as we chase the McSlappy dream of making it to the Premier League.