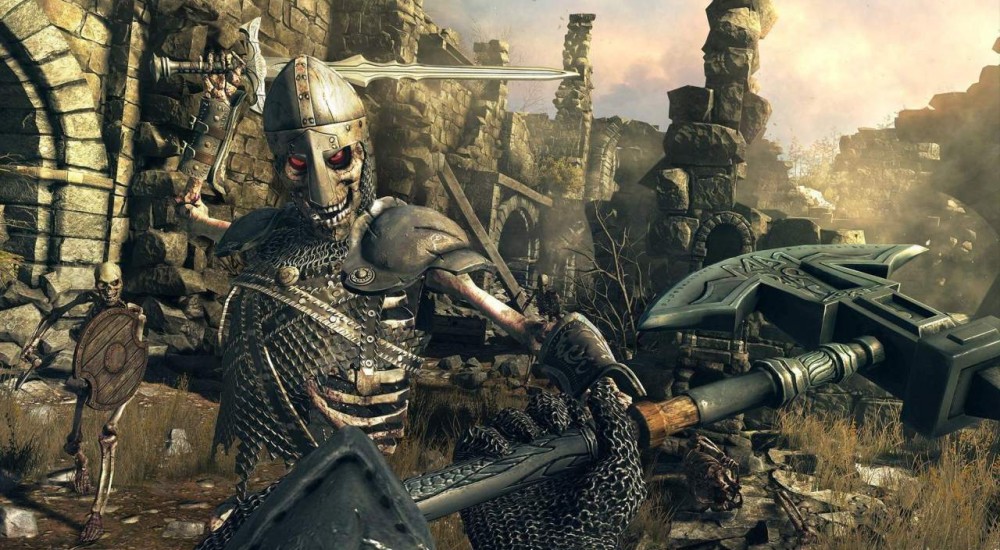 Last week, Hellraid developer Techland issued a blog post lamenting that their dark fantasy hack and slash game failed to meet expectations and its development was placed on hold. Resources were to be redirected to post-launch support for Dying Light, a game we liked quite a bit. That blog post, and the Hellraid official website, have since been scotched.

However! There is still hope for the those of you wanting to team up and wreck the minions of hell. Techland CEO Pawel Marchewka reported to our friends at Eurogamer that they aren't scrapping the title. "Once we deliver everything we want [For Dying Light], probably by the, I don't know, end of the third quarter this year, we will then maybe start to send some new [Hellraid] materials or information or thinking about what's the release date, something like that." Okay, so that's not the most confident response. The initial blog post that sparked fears of Hellraid going under have since been taken down (along with the actual Hellraid website), but its hard to kill things on the internet. Let's take a look at the post:

We would like to officially announce that our dark fantasy FPP game Hellraid will not be released this year as previously planned, and the development of the game has been put on hold.

In the recent months we conducted an internal analysis and came to the conclusion that Hellraid, in its current shape and form, is not meeting our own expectations for this project. Therefore, we decided the best course of action would be to send it back to the drawing board and invent our dark fantasy title anew.

In the meantime, we will consolidate our development resources and focus on further expansion of our Dying Light franchise.

We wish to thank all our fans for your support – you’re the best!

Hellraid popped up two E3's ago promising to be a four player co-op experience from the makers of Dead Island. Instead of crushing zombie skulls with rusty pipes, you'd wield magical artifacts against the demonic forces of hell. Time will tell if this thing actually comes out as intended, or if it eventually launches as a free to play match three game about clowns.