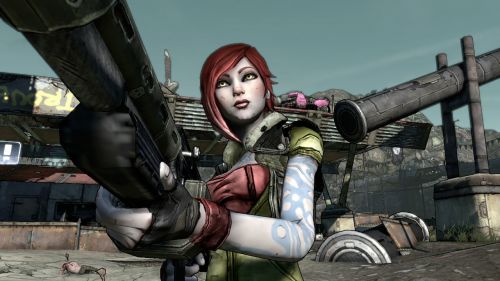 The Humble Bundle is back with another not really humble but pretty dang awesome lineup of games, all available at the mesmerizing price of pay what you want. Borderlands is the star of the show, and for a few pence you can pick up the original game, the sequel, tons of DLC and add-on packs, and some coupons for 2K merchandise and Borderlands: The Pre-Sequel.

The base offerings in the Humble Borderlands Bundle are available at whatever you want to spend. They stick to the oldies but goodies and include plenty of Borderlands 1 online co-op fun:

Contribute more than the average price to grab Borderlands 2 and a fistful of expansions. Note the coupon for a deep discount on the third game in the series. Note it, then get it and use it!

If you drop more than $15 for the bundle, you'll get access to even more Borderlands 2 stuff:

That's a lot of Borderlands, and it's a lot of seriously fun online co-op shooting and gun grabbing, too. More BL-related goodies will be unveiled on June 30th. The bundle runs until Tuesday, July 7 at 11 a.m. PT.