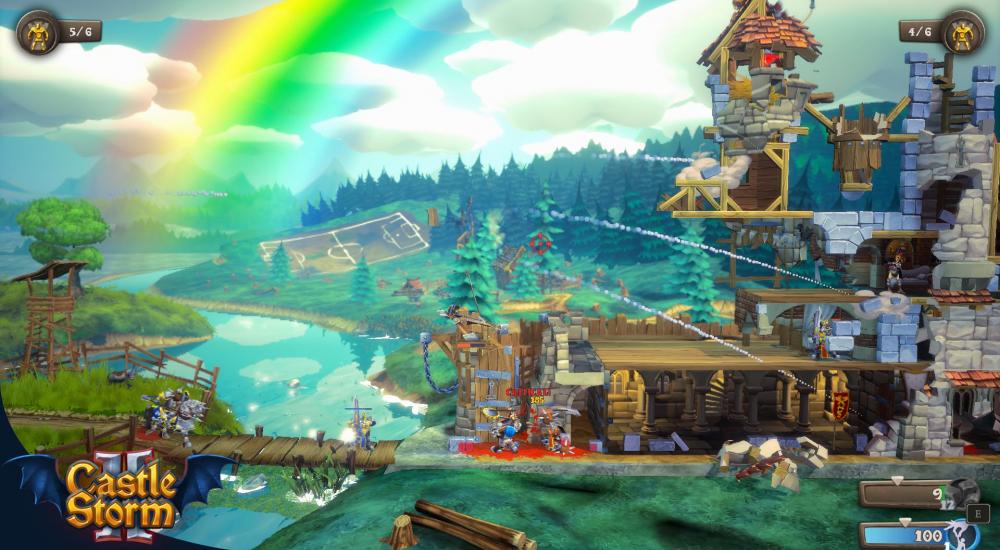 Zen Studios have announced a sequel to the 2013 action strategy game, CastleStorm called CastleStorm II, the new title adds a host of new features that create a deeper experience for players. But don't worry folks, it's not "completely different." Best of all, like the previous game, the campaign can be enjoyed with a friend by your side for co-op play.

So what's returning? The tower defense meets beat em up style gameplay is still a core focus here, but the overall story now is overlaid with a hex based strategy layer. In this layer players will explore the map looking for loot, secrets, and battles with the undead. All of the maps in the game are now procedurally generated as well making each playthrough totally unique.

The game is powered by Unreal Engine 4 which promises to bring "more destruction" to the castle themselves. This also means the game appears to be an Epic Store exclusive on PC; though it's also planned for Xbox One, PlayStation 4 and Nintendo Switch. Check out the very Monty Python trailer below or head over to the Epic Store to get the demo now.

CastleStorm II launches on all platforms on July 31st. The demo will be available until June 30th.