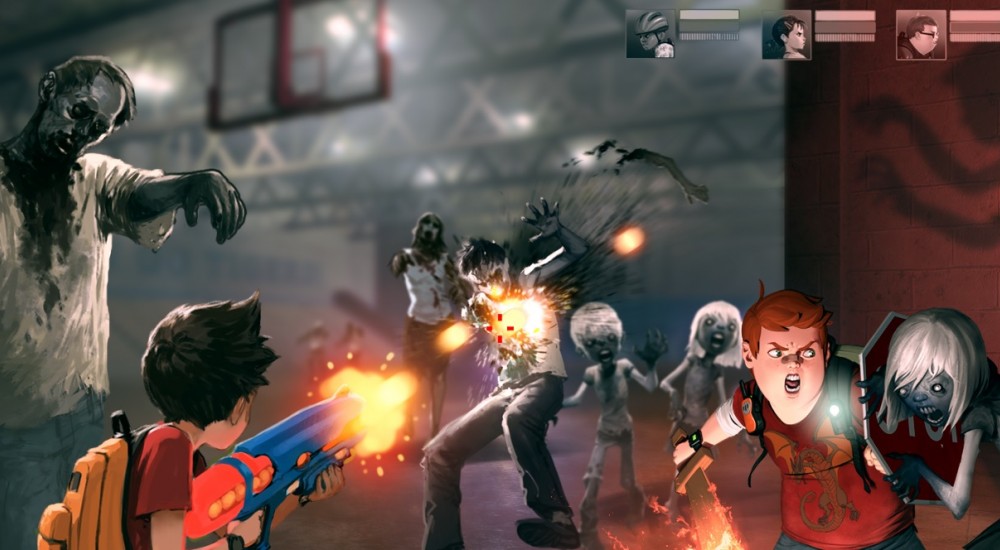 Kids have it pretty rough. When they're not being herded between classrooms, people are always screaming about how playing in traffic is the worst, and how they should probably not consume vast quantities of glue. Zombie Playground complicates childhood even further by throwing zombies into the volatile cocktail of adolescence, educating boys and girls on the futility of society and how to murder the undead with a baseball bat.

Zombie Playground debuts today on Steam's Early Access program for $14.99. A four player action-arena game, ZP puts you and three friends in the shoes of a child in a school scourged by the unliving. Pick your class, customize your child, and arm yourself to waste your former classmates. Survive the emaciated corpses long enough and you might challenge your fabled foe: the Janitor.

Right now the game only sports two classes with the Bully (a tanky damage-sponge type), and the Rascal (an agility-based attacking-focused class). But, since it's in early access, we can assume more classes will debut as the game progresses in development.

Zombie Playground is still in development (hence the "Early Access" tag), but take a look at some footage showing off its gameplay.

Our esteemed compatriot Konshu is joined in his quest to defeat the Janitor by the honorable Colonel Fragnutz. Godspeed, gentlemen.

Zombie Playground's still young, so what you see above isn't indicative of the finished product. If you and your friends are in the market for a multiplayer action-arena game where you beat the rotting organs out of zombie children, this might be the exact game you're looking for.