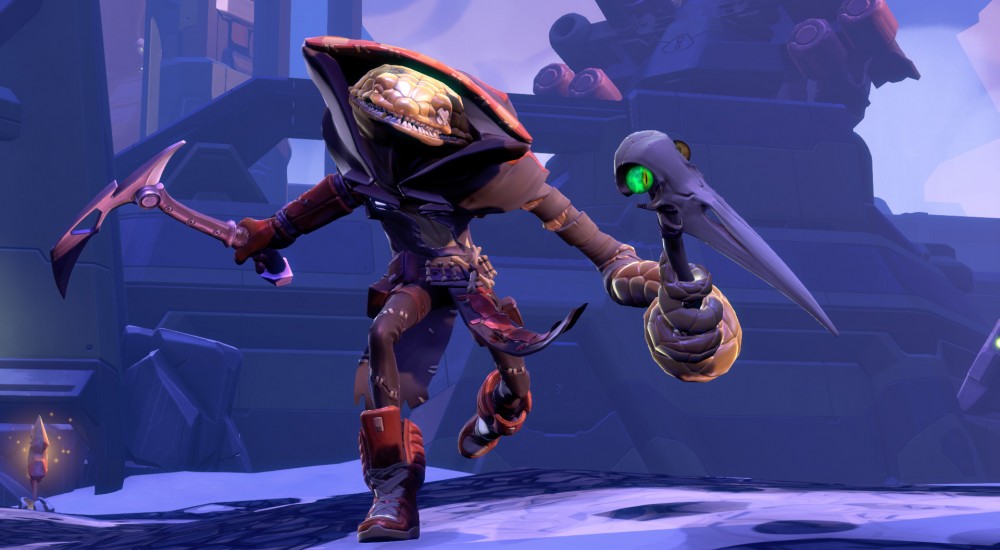 Pendles, the serpentine assassin, has joined Battleborn's long roster of characters for Season Pass holder, and will be available to all players this week on Thursday, August 4. Much like the previous character, Alana, you can pick up Pendles by purchasing him for 47,500 in-game credits.

The Aussie-voiced snake is mainly a "player killer" character, with his ability to cloak, poison foes, and throw down a smoke bomb to get out of hairy situations. I'm sure that some of those abilities will be beneficial in taking down larger enemies in the PvE mode, though.

If Pendles isn't your thing, then the next character for Battleborn may be more your style. Meet Ernest, a demolitions expert that bears a vague resemblance to some other fowl we know. Wielding a grenade launcher, Ernest "is a defensive mastermind with a strong devotion to protecting his allies." No release date was given for this avian protagonist, but it will likely be mid-Fall.