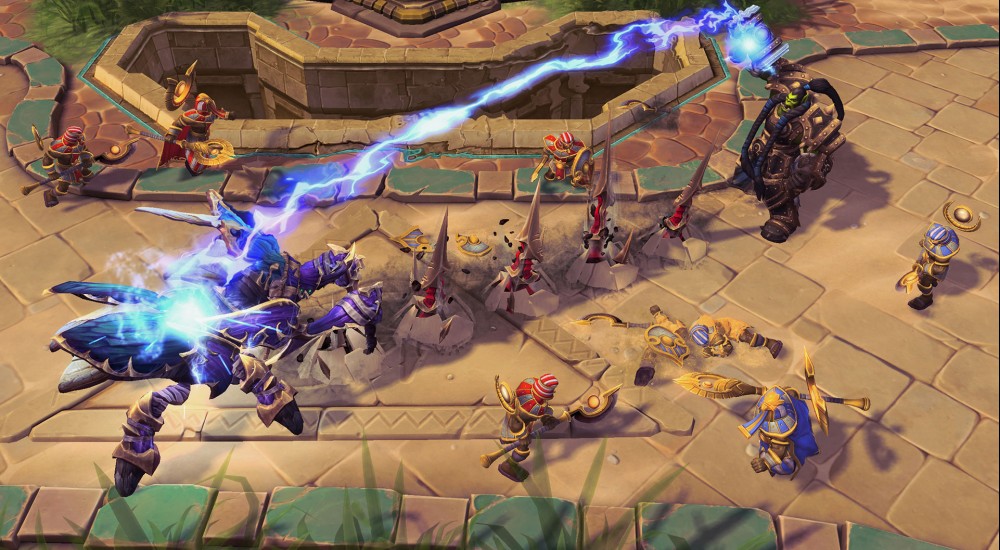 We've all been there.  You're testing out a new hero in your MOBA of choice, and it's not going so hot.  You "Q" when you meant to "E", you fired your ultimate ability in the exact wrong direction, and the team's taking note.  Normally, your comrades would voice their frustrations to themselves or their friends, but the MOBA community... well, sometimes they take a different approach.  That's why Blizzard took the chance to revamp Heroes of the Storm's reporting toolset, which will allow players more robust options when determining just why their teammates said all those things, or why they are now hurling their hero face-first into the onslaught.

In their upcoming patch, Blizzard announced that they'll be reworking both how reporting works, and what it affects.  Of the six new categories, two (Abusive Chat and Spam) will result in a "Silence Penalty", which initially doles out a 24 hour ban from a large portion of the chat features.  Blizzard was quick to point out, though, that each subsequent infringement increases the length of the ban in 24-hour increments, of which there is no cap. What about the other side of the coin, though?  Let's say you're having a really bad game, so much so that your teammates may be suspicious of your allegiances.  Blizzard notes that heroes that are prone to being reported for certain categories will be given special consideration.  Not only that, but players can rest assured that a single report will typically not result in an immediate penalty without a solid amount of investigation.  "Allies" that see their teammates' lack of ability as cause for reporting will also be investigated to ensure the tools are not being abused.

Admittedly, the casual nature of Heroes of the Storm may make its community slightly less toxic than those in another MOBAs.  The few hours I've spent in it have passed with relatively little abuse, but then I recall the dozens of hours spent in League of Legends, and then come the shakes and the sobbing.  I'm hopeful that these new tools will help stem whatever abusive tide exists in HotS, let's see how they do.