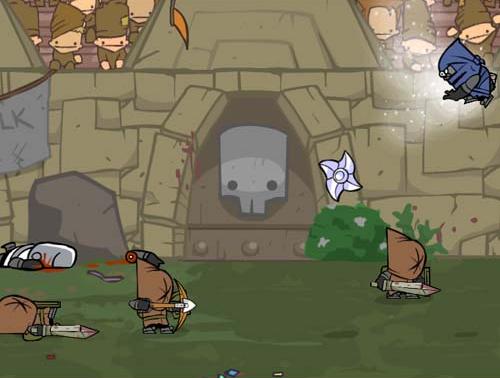 It's no secret that at Co-Optimus, we love us some Castle Crashers. In the past few days, the hard working team at The Behemoth have finished the game, and only the time-consuming process that is certification stands between us and some castle crashing. To tide us over, however, the Castle Crashers team has revealed a few more characters, two to be specific. The two characters in question are a bow and arrow wielding Skeleton and a sword (and mug) wielding Ninja. So hit up the Character section of the Castle Crashers site to see some great screens of two characters that are joining the eclectically awesome cast of Castle Crashers.