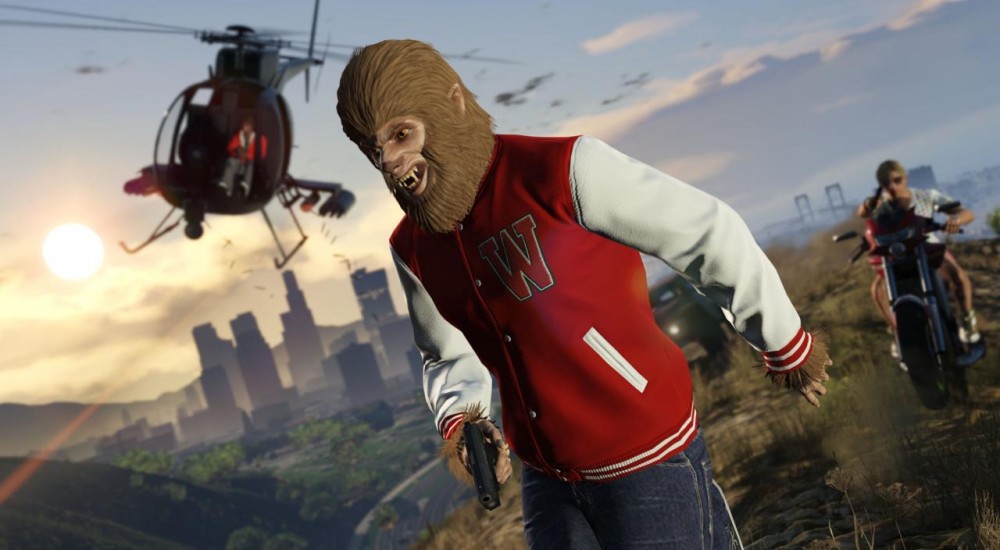 On September 15th 2015 Grand Theft Auto V added an update that brought Freemode events, patched some major issues and introduced Rockstar Editor (gives the player the ability to create, edit and share videos of Grand Theft Auto V and Grand Theft Auto Online). The announcement of these upcoming new features seemed to be used as a distraction as it was later stated that there will no longer be any new major updates coming to PS3 and Xbox 360.

In a statement provided to Kotaku UK, Rockstar said “technical capacity of what the older generation of consoles can handle…we have continued to optimize the entire game over time in order to squeeze as much memory as we possibly could out of the last-generation hardware and at some point, continuing to add content for those systems could cause the risk of instability to the game overall,”.

Those who have been a part of GTA V since it first launched on PS3 and Xbox 360 back in September of 2013 can remember the horrific start Rockstar had at launch with GTA Online. The game was broken from an online stand point for over a month and it took them a while to figure out what was wrong. So the news that the older systems just can’t handle the updates and upcoming additions to GTA Online should really be no surprise. Back in May they alluded to the eventual cease of last generation support due to the amount of memory and power needed to run them of older consoles.

The new Freemode Events update will not be coming to the Xbox 360 and PlayStation 3 versions of GTA Online. For those who have not been taking part in GTA lately, Freemode Events are challenges in GTA Online that you can directly get into without seeing a loading screen, menu, or lobby. As of the latest update some of the popular Freemode events include King of the Castle (involves one player gaining access to a specific location, while they fight off any attackers.) and Hunt the Beast (transforms a random GTA Online player, who has to be tracked down and killed by other players.)

Penned In – A vehicular free-for-all to stay inside an ever-shrinking and always-moving dome. If you're caught outside the dome for more than a few seconds you'll blow up and be eliminated from the competition.

Criminal Damage – Rack up the biggest property damage bill you can before time runs out. Equip your biggest weapons and go to town on anything and everything in sight.

Moving Target - A vehicle is blipped on the map, the first player to deliver it to the marked destination wins.

Kill List - A vehicle is blipped on the map, once the requisite number of players enter they must take out as many waves of enemies as possible.

Kill List Competitive - Same as above, but multiple vehicles are blipped and players compete against each other to rack up the most kills in the given time limit.

Checkpoints - 120 checkpoints spawn in a quadrant of the map. Players compete to collect the most in the given time limit. This mode comes in two variants: land & sea checkpoints and air checkpoints.

Time Trial - A persistent blip on the map where players can try to beat the Rockstar par time and world record on a route that changes weekly.

Hold the Wheel - A target vehicle is blipped on the map for 5 minutes. Players compete to be the one in the vehicle when the timer expires.

Hot Property - Players compete to control possession of a blipped briefcase. The longer you have it, the more points you earn.

Dead Drop - A briefcase is blipped for players to collect and deliver to a location. Players compete for the chance to deliver the briefcase.

Freemode Challenges- Compete in 19 unique Challenges against your Freemode friends and foes. See who can perform the longest jump, who can drive the farthest without crashing, who can fall the longest distance without dying, who can freefall the farthest before pulling their ‘chute – and many other ways to risk your neck to try and be a top 3 finisher for GTA$ and RP rewards.

Hunting Pack - players have to stick to high speeds in a vehicle rigged with explosives, facing death if the vehicle drops below a certain speed.

Cross the Line – P layers must defend their territory while fighting off opponents, however, the teams are equally balanced.

With this bit of news let us hope that the future of GTA Online is a more polished and positive one now that all of Rockstar can get behind one generation of consoles. GTA V's new updates launched on September 15 and can be enjoyed with your friends.