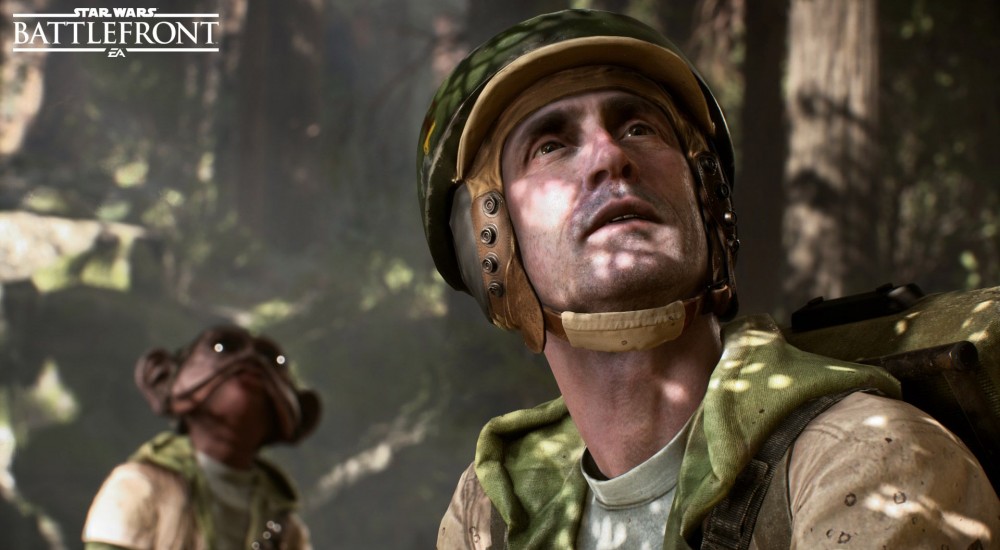 Star Wars fans only have to wait a few more days to get a hands on experience with the highly anticipated Star Wars Battlefront. The games official beta is open to all gamers on October 8th for Xbox One, PlayStation 4 and Windows PC. The Beta will run for 5 days and end on October 12th. Those who are curious as to how much space they will need to have free for the upcoming Beta will be thrilled that it will only require a manageable 7GB. Gaming on PC has always required a bit more space so those gamers will need at least 11GB.

The max level for the beta will be a level cap of 5 which will allow players to see some of the unlockable items with the in-game credit. One key point that the teams over at DICE and EA wanted to make clear was that all of the progress made during the Beta will not carry over to the final release of the game.

Those who feel that they need more of a Star Wars fix during the beta can also check out the beta version of the Star Wars Battlefront Companion app. The app will include the Base Command strategic card game.

Below are some details about the modes available during the Beta: Star Wars Battlefront officially releases on November 17th which will bring with it a slew of more modes and a more robust co-op experience.