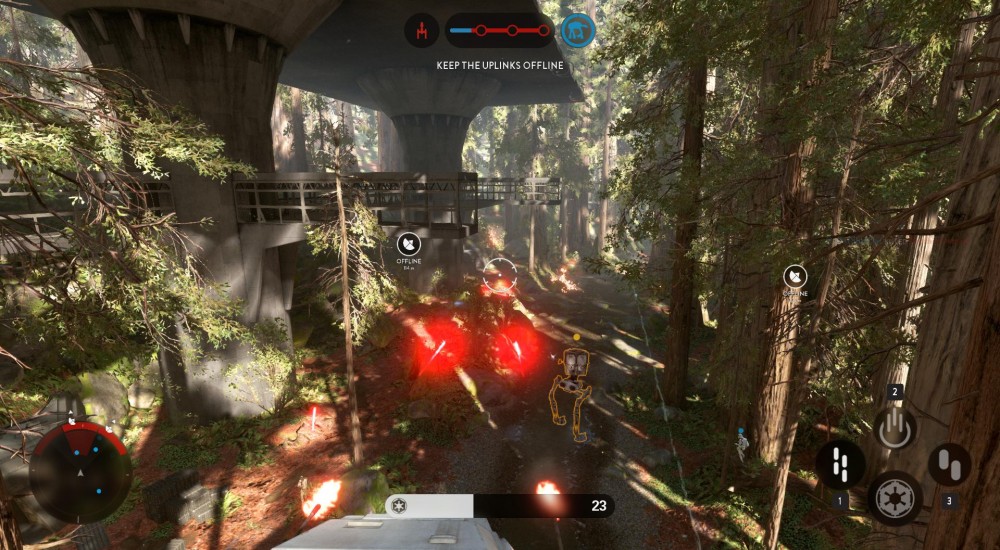 We've been covering Alienware's recent Steam Machine release on the site. We just launched our contest to giveaway a Steam Link and Steam Controller too! Our box is spec'd out with an i3 Processor, 8GB of RAM and a custom NVidia GPU. The box comes with Steam OS pre-installed but that means you lose access to games outside of Steam. Unless you decide to install your own OS. And that's just what we did. Next I installed Windows 10. It found all the drivers required for the Alienware out of the box and I was up and running within minutes. Seriously, the Windows 10 install took 15 minutes - what happened to the days of 2 or 3 hour system rebuilds?

Next I installed Origin, Star Wars Battlefront and off to test it out. I actually played quite a bit with my cousin this weekend, the box cranked out some great games for 5 hours straight as we buddied up with the partner system and fired some lasers. We ran some performance benchmarks utilizing FRAPS.

Here are three samples and the settings used:

As you can see, at 1080P the box had no problem getting close to 60FPS pretty consistently - even in the 40 player matches. Endor is definitely the most taxing levels, for the most part were incredibly smooth!

You can actually get a pretty comparable machine right now on Amazon for $360 $20 for an extra 4GB of RAM. Not bad! Plus that comes with Windows pre-installed.

Of course if you want the actual Steam Machine and controller - which does work in Windows as long as you have Steam installed and running - you can pick up the new box which comes with a slightly newer processor for a little bit more. You are free to install and dual boot any OS as well. Overall it seems the Alienware Steam Machine is a capable piece of hardware, despite it's size. The quality of Battlefront at Medium settings seemed about on par to the Xbox One version of the game. Here's a quick look at it in motion followed by some screens.