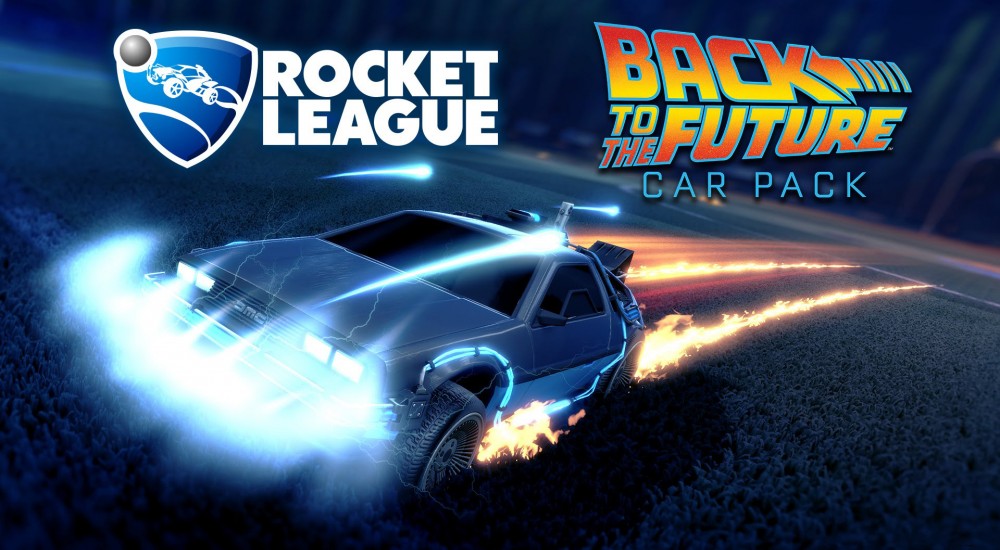 Rocket League looks to add the flying DeLorean to its vehicle-powered soccer game. The time machine will make an appearance on October 21st which is actually the date Marty McFly travelled to in Back to the Future, Part 2. The Back to the Future Car Pack will costs $1.99.

Jeremy Dunham, the vice president of marketing for Psyonix, stated on the PlayStation Blog "Truth be told, we used to fantasize and joke about having the DeLorean Time Machine in our game months before it even came out,. We were all such huge Back to the Future fans here at Psyonix, that it was one of the few ‘Holy Grails’ we had hoped for besides having a hit game. The fact that we’re getting both of those “best-case scenarios” in the same year is an amazing accomplishment for us, they’re things we’ll never forget!” For those not familiar with Rocket League it was a part of the PlayStation Plus program as one of the free titles once the game was released. The addition of DLC and Add-on content is a major part of the studios future. This month appears to be a major month for Psyonix and Rocket League with a number of DLCs looking to be released.

If you missed your chance to get the free version of Rocket League or are looking to purchase the game on PC it is available for $19.99.