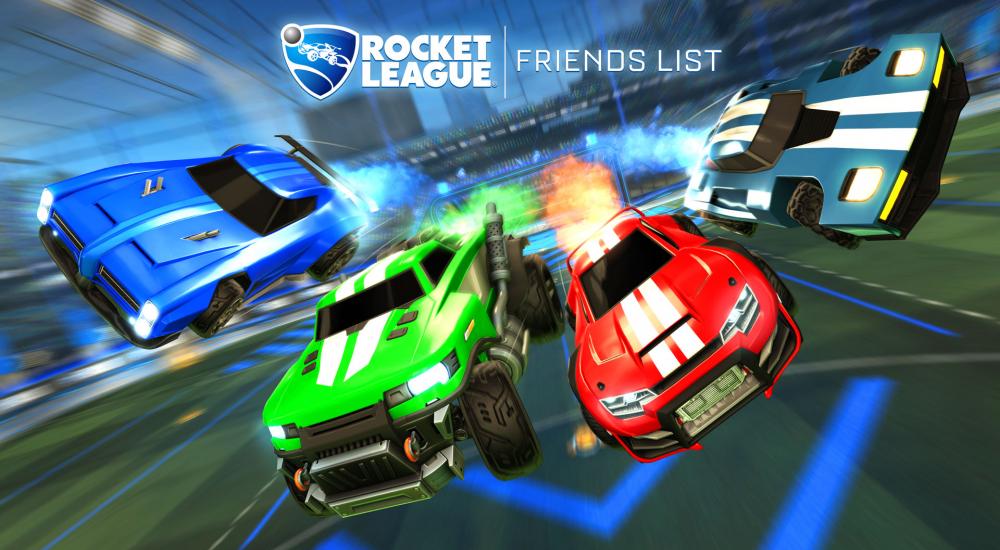 Open the floodgates!  Starting today, Rocket League players from each and every platform can become friends with each other, join each other's clubs, and (most importantly) party up together!

For quite some time now, Rocket League has allowed users on various platforms to be randomly matched together in the game's various competitive modes, but prior to today, friends lists were segregated by platform.  Now, though, the in-game friends list is split into four tabs:

You can see everything in action with the release trailer, below.

In addition to the friend-focused changes, Psyonix has also expanded the game's Free Play mode to include Dropshot, Hoops, Snow Day, and Rumble, so you can practice all the game's wilder offerings to your heart's content.  Weekly Wins are being shown more explicitly as well, with the amount remaining appearing on your XP screen following every game.

Rocket League is available on PlayStation 4, Xbox One, Nintendo Switch, and PC.  It allows up to four online and local players (as well as any combination of the two) to take on the game's very serviceable AI opponents in any game mode.  Our review can be found here.