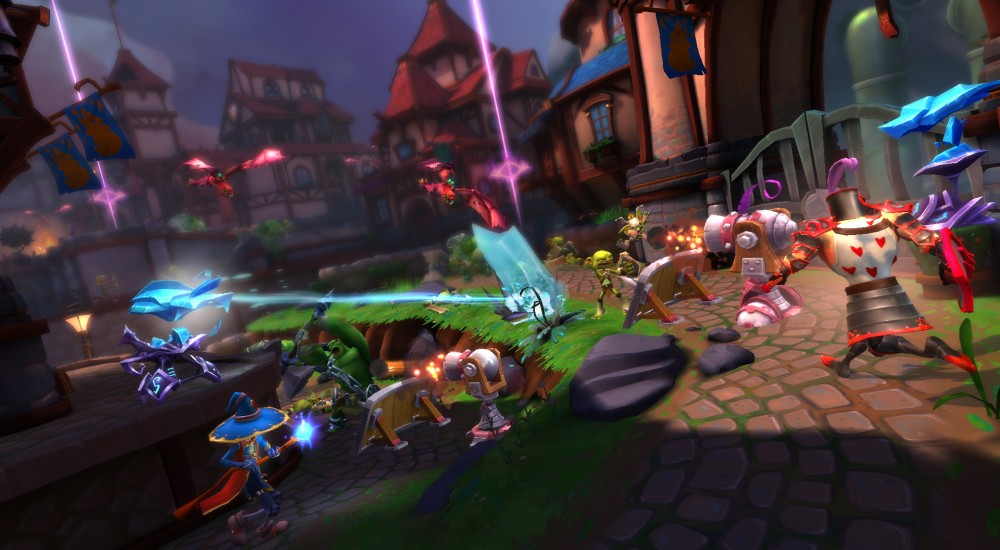 Trendy Entertainment, developer of Dungeon Defenders II, gazed upon the hordes of malnourished tower defense enthusiasts and found them weak, malnourished, and craving a new title to feast upon.  "But, they lack the necessary funds", their miserly advisers told them, "they cannot afford to even dream of our forthcoming title."  Nevertheless, the developers saw the masses' desperation, and their morality rang true.  "Give the people what they need", they said, "and make it free, make it all free."

And thus, Dungeon Defenders II's alpha was made available to all, without cost.

That's not all, though.  This release comes hot on the heels of Part 1 of the game's Ascension update, which buffed up many of the combat aspects, introduced the Stat Allocation System, and added a brand new build for the Huntress class.  If there was ever a time to encourage player interest, this is it.

Part 2 of the Ascension update is planned for an October 27th release and will include, among other things, two new maps, new costumes, and a new Incursion.  Given its proximity to a certain spooky holiday, much of the new content will be tailored accordingly.  Check out the preview below:

This announcement begins Dungeon Defenders II's journey to a full free-to-play release on PC and PlayStation 4, which will include "ethical in-game microtransactions".  We quite enjoyed its predecessor, so here's hoping that the game's new payment structure doesn't hinder its four player co-op goodness.