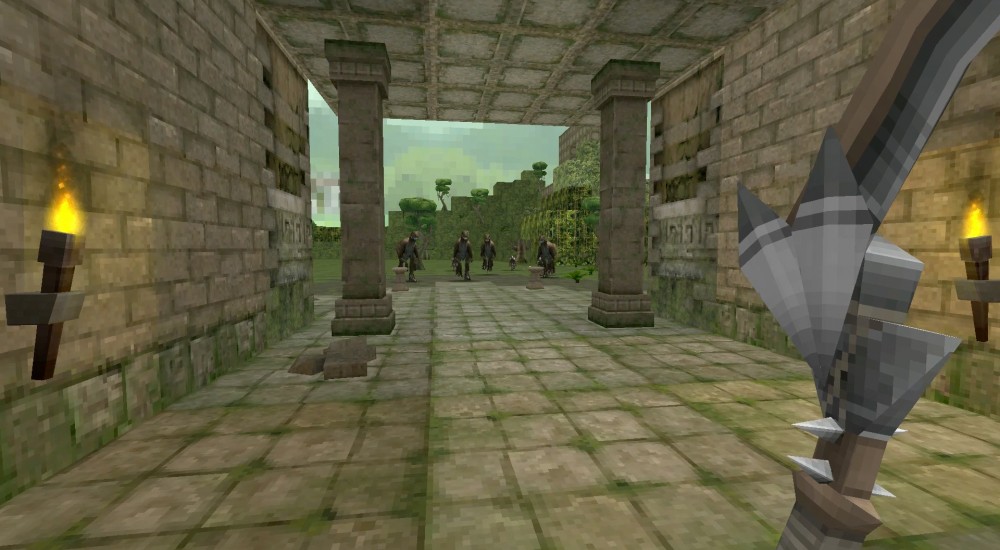 If you cast your thoughts back to summer of 2015, you may recall news of a new FPS title that looked like a mash-up of Doom and Minecraft, titled Gunscape. The game's biggest hook is that it  will allow a group of up to eight local or online players - on the Xbox One and PC versions only - to create their own levels together. Word has finally come down that it will arrive on the Xbox One this March.

In addition to the cooperative map creator, the game will feature a full co-op campaign with eight levels and three bosses.

No word on when the PlayStation 4 or Wii U versions will be released. The PC version of the game is still available via Steam Early Access as a free-to-play title. The good news is that if you or any of your friends has picked it up there, or plan to pick it up on another console down the line, Gunscape will support some cross-platform play. Initially, it sounds like that means that maps created on one platform will be available on others, but developer Blowfish Studios also seems to hint that players on disparate consoles will be able to co-op together as well.

Gunscape will be available starting March 2, 2016 on the Xbox One.