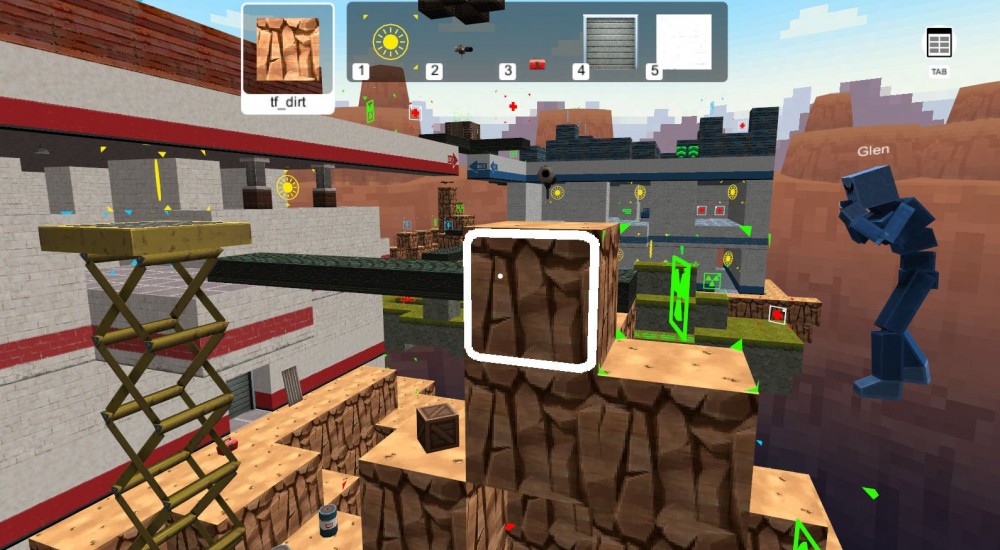 If you stumbled by the ID@Xbox booth in Microsoft's section of E3 this year, you might have gotten a pixelated eyeful of Gunscape. You might have thought it was Minecraft running on an Xbox One, or Doom, which had somehow been sucked through a time vortex into modern day. It might surprise you, then, that Gunscape is a terribly ambitious project spearheaded by those crazy theorists down at Blowfish Studios.

The big selling point behind Gunscape is that it isn't really a game on its own. Instead, it's a toolbox which gives players the ability to create, share, and play their own homemade action-packed FPS levels.

Check out the E3 trailer.

If you can look past the pixelated graphics, a "make your own FPS" does seem pretty cool! Co-op missions are a big focus here, and any single player mission can be played co-op as well.

There are a few concerning issues surrounding the game, however. Not the least of which is that the original Kickstarter didn't meet its goal. And while Blowfish has stated there will be plenty of traditional FPS game modes to choose from, levels designated by game types might be restrictive towards a truly open-ended FPS maker.

The game is in Alpha currently for PC, and is downloadable from Gunscape's website. If you're curious, give it a shot, and let us know what you think!

While Blowfish would like to see Gunscape come to a multitude of platforms, the game has only been confirmed for Xbox One, PC, Mac, and Linux, with no release date announced.